When the announcement of the marriage of my great-grandparents Edward Theodore Anderson and Ellen Victoria Dahlquist was published in the 24 June 1910 issue of the Chicago, Illinois newspaper Englewood Times, it contained many mistakes. The groom's surname and house number, the bride's father's first initial, and their honeymoon destination were incorrect. I wonder how so many mistakes were made. Maybe whoever took down the information had terrible handwriting. 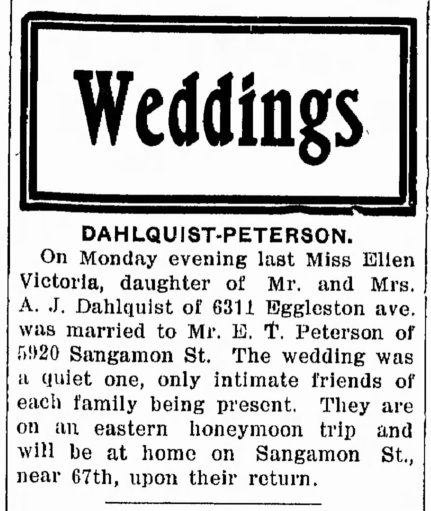 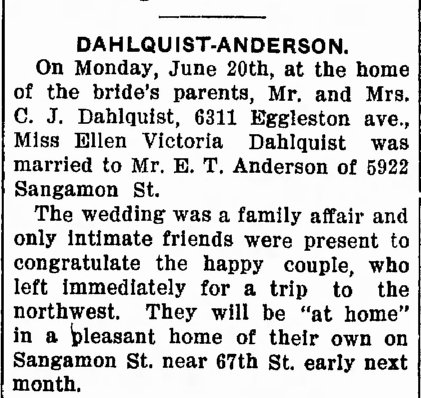