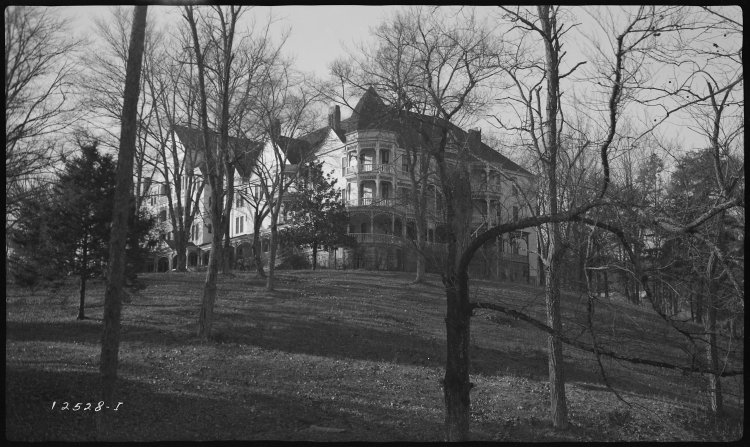 In 1865, Samuel Tate bought 25,000 acres of land around a mineral spring in Bean Station, Grainger County, Tennessee. He built a Victorian-style hotel large enough to hold 500 people and opened the Tate Springs resort. In the 1870s, the resort was purchased by Thomas Tomlinson. 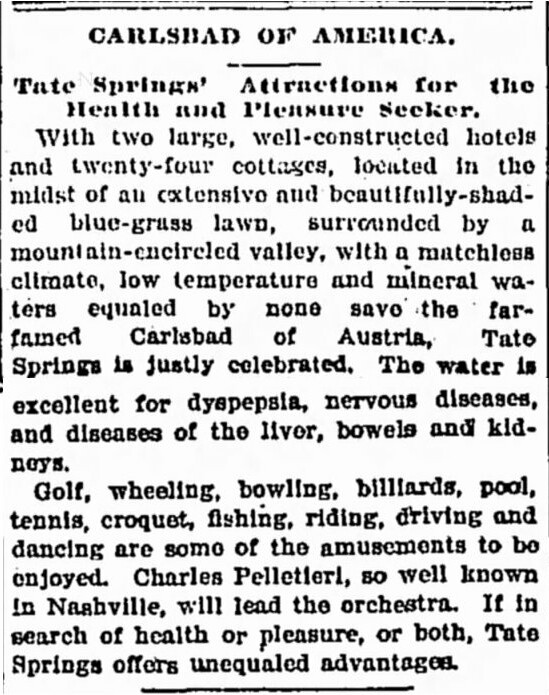 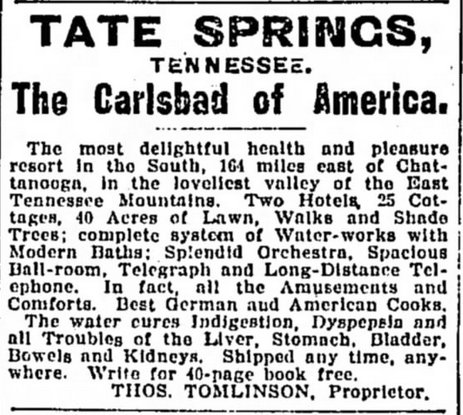 The water was said to have healing properties. It was prescribed by doctors and was sold and shipped all over the world. 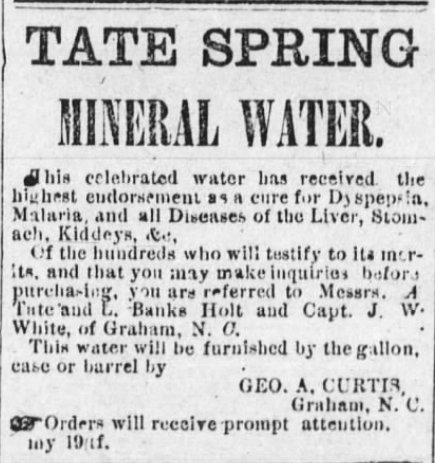 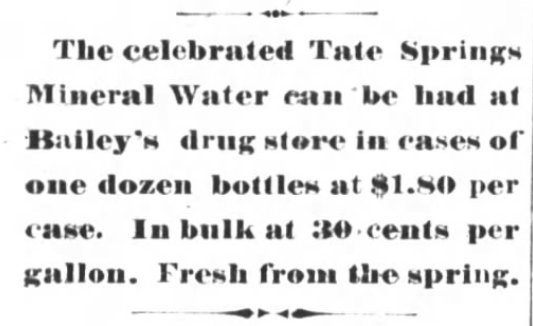 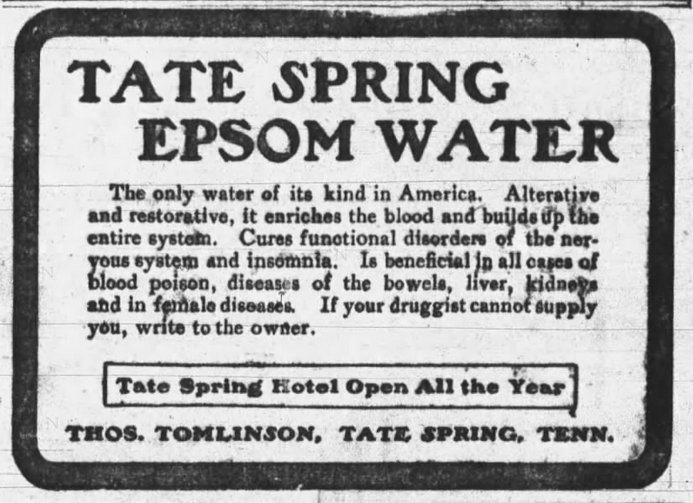 Tate Springs water was exhibited in the Knoxville and Agricultural buildings at the Tennessee Centennial Exposition. 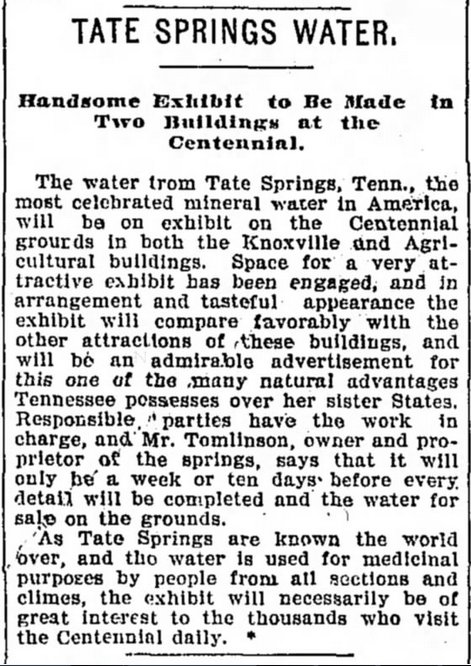 The hotel was enlarged in 1898, 1900, and 1905. It could then hold 600 people. The resort had coal-powered generators which produced steam heat and electricity. By the early 1900s, Tate Springs had 35 to 40 outbuildings, a ballroom, stables, a swimming pool, a billiards room, tennis courts, a golf course, and a 100-acre park. 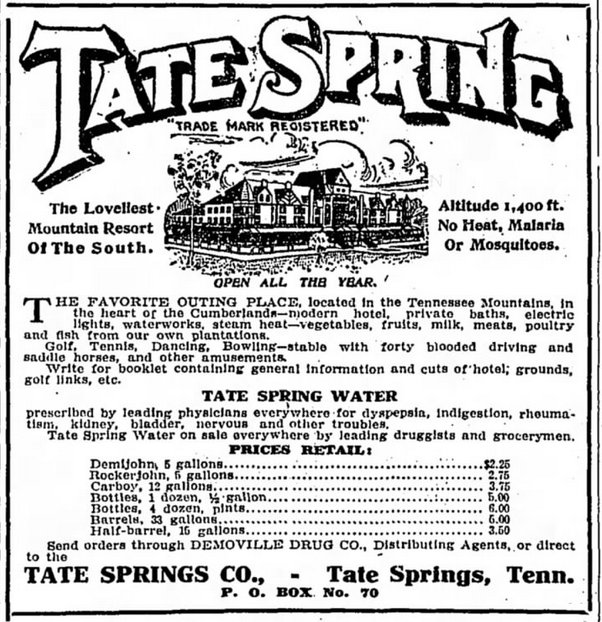 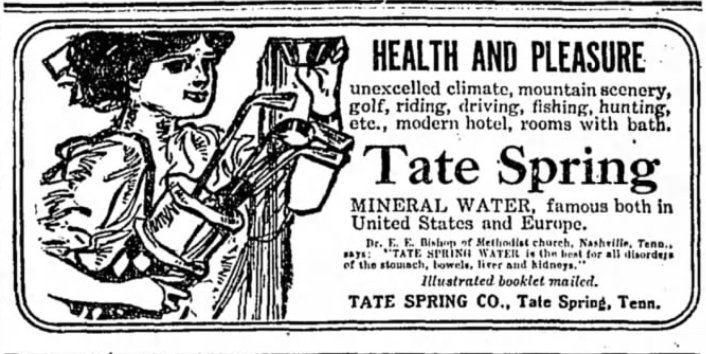 Nashville Tennessean and Nashville American, 7 May 1911, page B6 The hotel closed in 1936, and the resort closed in 1941. The springhouse still remains and is listed on the National Register of Historic Places. 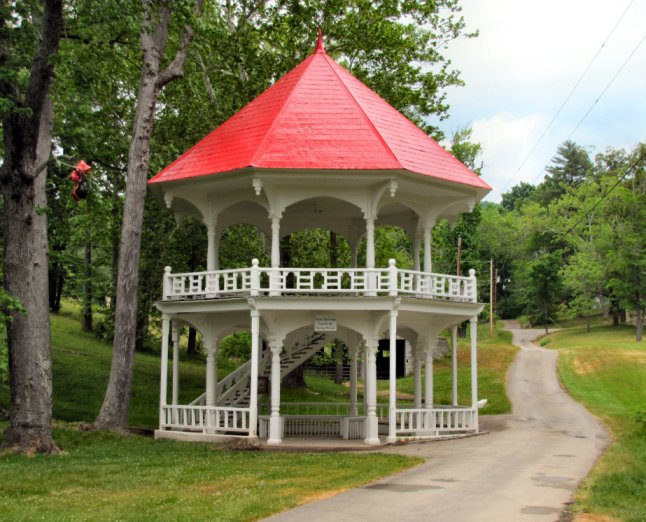