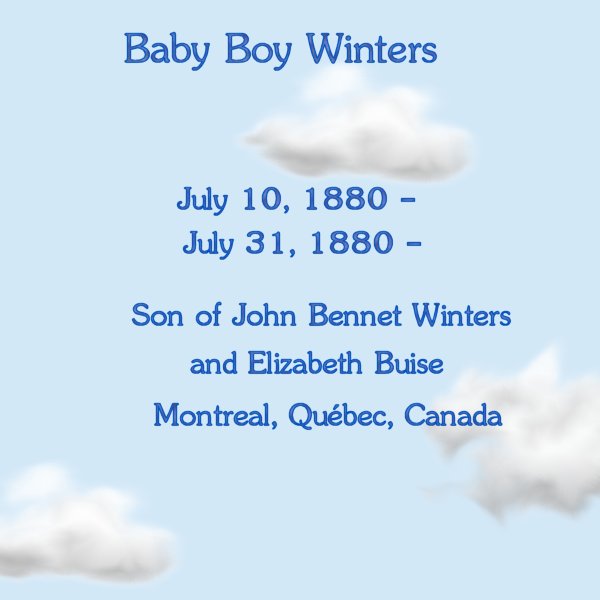 My 3rd-great-grandfather John Bennet Winters died on 25 December 1879 in Montreal, Quebec, Canada. At the time of his death, his wife Elizabeth Buise was pregnant. She gave birth to a baby boy on 10 July 1880. Sadly, the child died on 31 July 1880. He was buried in Mount Royal Cemetery in Montreal.

I learned about this child when I found the Find A Grave page that had been created for him. When I came across it, I learned that the infant of the late John Winters had died on 31 July 1880 and was buried in Mount Royal Cemetery.


This little boy only lived for three weeks. The posthumous child of John Bennet Winters may not even have been given a name. If he had a given name, I have not yet found it. Nevertheless, he will be remembered.
Posted by Beth at 5:33 PM