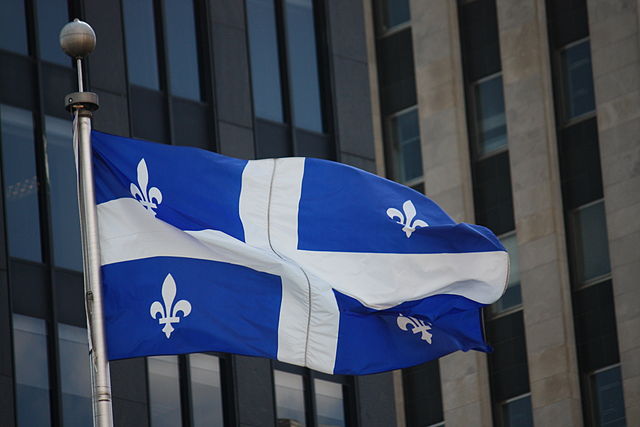 On 21 January 1948, the flag of Québec, called the Fleurdelisé, was adopted. It has four fleurs-de-lis (which symbolize purity), a blue field (which symbolizes Heaven), and a white cross. It was first shown at the Parliament Building in Québec City, on the day of its adoption.

Although I do not have French-Canadian ancestors (as far as I know), some of my ancestors lived in Montreal from the late 1870s to the early 1890s.

References
Flag of Quebec
Programmation
Posted by Beth at 12:06 AM