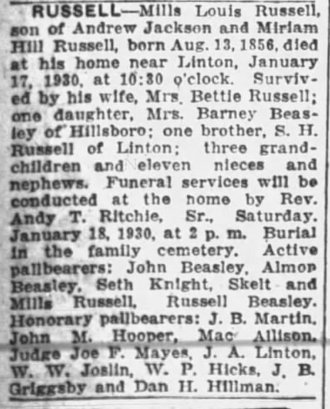 Mills Louis Russell was the son of my 4th-great-grandmother's brother James Russell and Miriam Hill. The obituary incorrectly states that his father's name was Andrew Jackson Russell. James Russell's father was Andrew Russell; perhaps his middle name was Jackson.