In more ways than one, "good deeds" enabled me to find my 4th-great-grandmother Sobrina Russell. Two deeds (one from 1858 and one from 1888) led to her identification. And I have those deeds because Sarah Peery Armistead, one of the authors (along with her sisters Ova Lee Peery Sawyer and Lorraine Peery Russell) of the book Tarkingtons of Tennessee: Genealogy of John G. Tarkington, sent them to me.

On 23 May 1888, my 3rd-great-grandparents Joseph and Amanda (Russell) Tarkington sold land in Williamson County, Tennessee. to Wilks P. Hayes. Amanda had inherited the land as the only child of Sobrina Russell. On 26 January 1858, James Russell, as trustee for his sister Sobrina Russell, purchased this land from Thomas M. Clardy.

Sobrina Russell was born about 1810 in Kentucky, probably in Somerset, Pulaski County (her family resided there in 1810). She was the daughter of Andrew Russell and Hannah Hardgrave. By 1820, Sobrina's mother Hannah was head of household, and the family was living in Davidson County, Tennessee. On 20 February 1830, Sobrina gave birth to her only child, her daughter Amanda. Since Amanda had her father's surname, she was probably illegitimate. I believe that Amanda's father was a man named James Sawyer. Amanda was listed as Amanda Sawyer in the family tree in my father's baby book. Amanda's oldest son James William Tarkington (my 2nd-great-grandfather) was listed as a grandson in the household of James and Louisa Sawyer in 1880. (For more in-depth analysis, see my posts on Amanda Russell and Joseph Tarkington.)

In 1840, based on the composition of Hannah Russell's household, I believe that Sobrina and Amanda were living with Hannah, and that Sobrina's widowed sister Malvira (Russell) Carrington and her children were living with her as well. In 1850, Sobrina lived with her mother Hannah. Her recently married daughter Amanda lived nearby with her husband and baby son. Her sister Malvira (listed as Elvira) and her children lived nearby as well, and so did her brother James and his wife and children.

Sobrina's mother Hannah died about 1853. Sobrina purchased the following items from her mother's estate: an oven, two skillets, a bed and furniture, a wooden bowl, three table cloths, a counterpaine, and a quilt.

In 1860, Sobrina lived in Williamson County, Tennessee, on the land that her brother James had purchased for her. Amanda and Joseph Tarkington and their children lived with her. In the 1870 United States, the households appear to have been misnumbered on page 9 of the 7th Civil District, Williamson County, Tennessee. Sobrina is listed in the household next to Amanda and Joseph and their children, but I believe they were actually in the same household. Looking at the entire census page, all the households appear to be off by one line. I could not find Sobrina in the 1880 United States Census. She probably died between 1870 and 1880. 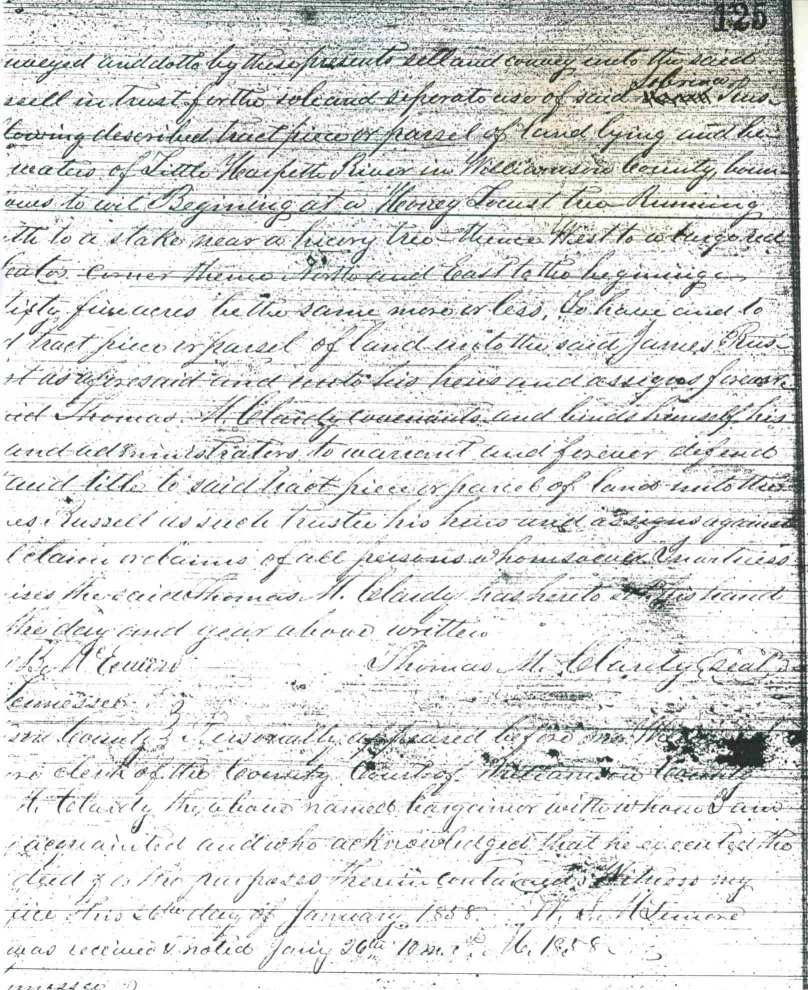 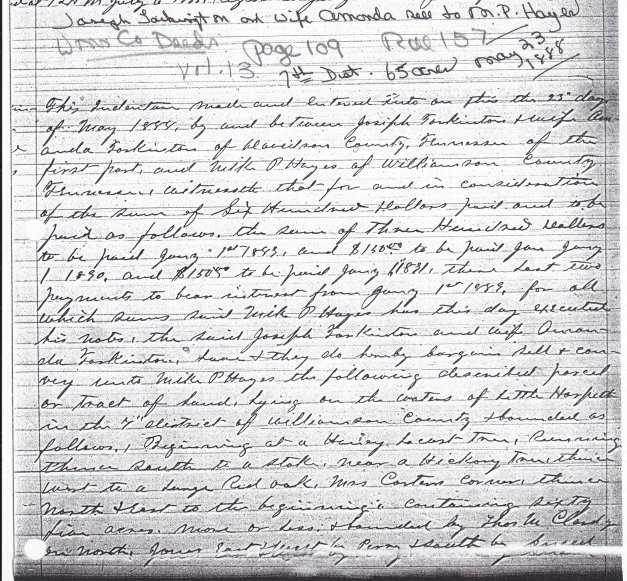 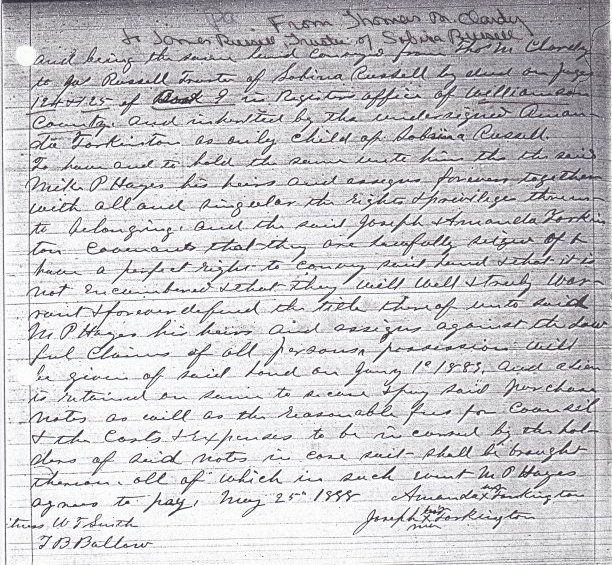