March is Women's History Month, so it is a good time for me to write about my female ancestors. My 5th-great-grandmother Hannah Hardgrave seems to have been a strong woman. She was born on 22 February 1782 in Wilkes County, North Carolina, and was the daughter of Francis Hardgrave (a captain and major in the Revolutionary War) and Sarah Greer. Around 1796, the Hardgrave family moved from Wilkes County, North Carolina to Lincoln County, Kentucky. In 1799, Hannah's parents and brothers moved to Tennessee. Hannah and her two sisters remained in Kentucky. Her sister Sarah, who had married Isaac Lowe in Wilkes County, North Carolina on 8 September 1790, was living in Barren County, Kentucky in 1810. Her sister Nancy married Archibald Mills in Lincoln County, Kentucky on 29 January 1797. Hannah married Andrew Russell in Lincoln County, Kentucky on 28 June 1799, and they settled in Pulaski County, Kentucky, which had been created from Green and Lincoln Counties in December 1798. The family appears there in the 1810 United States census, living in the town of Somerset. By 1820 Hannah and her family were living in Davidson County, Tennessee, near her parents Francis and Sarah Hardgrave. She was listed as head of household in the 1820 United States census; she was the head of a large family. Her husband Andrew Russell had probably died. On 7 August 1828, her father Francis Hardgrave died. He left Hannah the land that she was living on, and specified that after her death, it was to go to her son James Russell (her youngest son). Hannah's mother Sarah died on 30 November 1832. By 1840, Hannah was the only one of the children of Francis and Sarah still remaining in Tennessee, and may have been the only one of them that was still living. Her two oldest sons had moved to Kentucky. She was listed as head of household in the 1840 United State census. Again, she headed a large family, which probably consisted of her widowed daughter Malvira Carrington, Malvira's children, her daughter Sobrina (my 4th-great-grandmother), and Sobrina's apparently illegitimate daughter Amanda (my 3rd-great-grandmother). Her youngest son James lived nearby. Hannah could not read and write, and yet she managed, in a male-dominated society, to successfully raise three sons and five or six daughters, and to help raise her grandchildren, including one who appears to have been illegitimate. Sobrina lived with Hannah until Hannah's death; Hannah seems to have been a very supportive mother to her. Although Hannah had help from her father Francis Hardgrave until he died, and her son James Russell probably helped the family too, Hannah still strikes me as a remarkably strong woman for her time.

Hannah died in Davidson County, Tennessee about 1853. Below is her estate inventory. 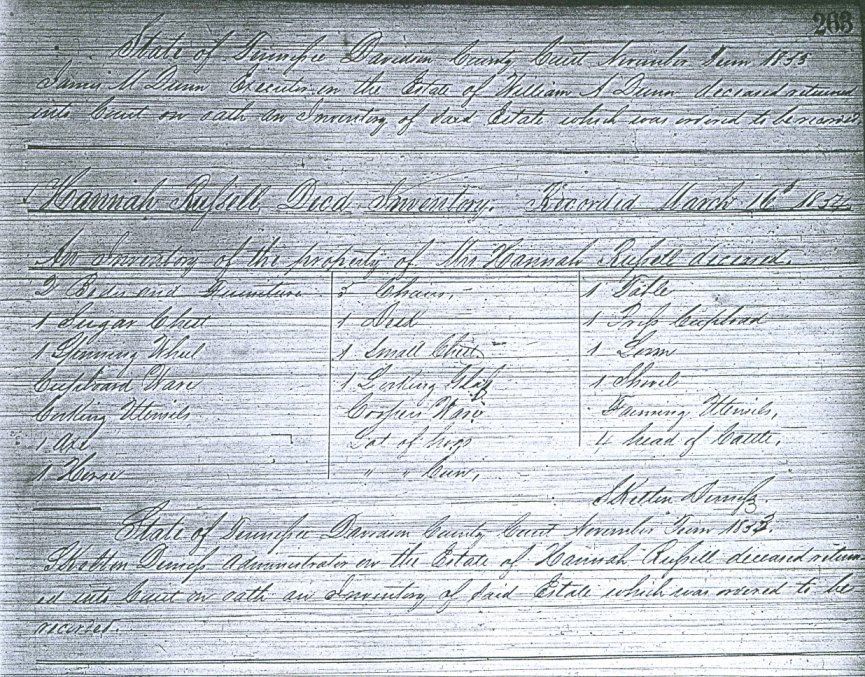 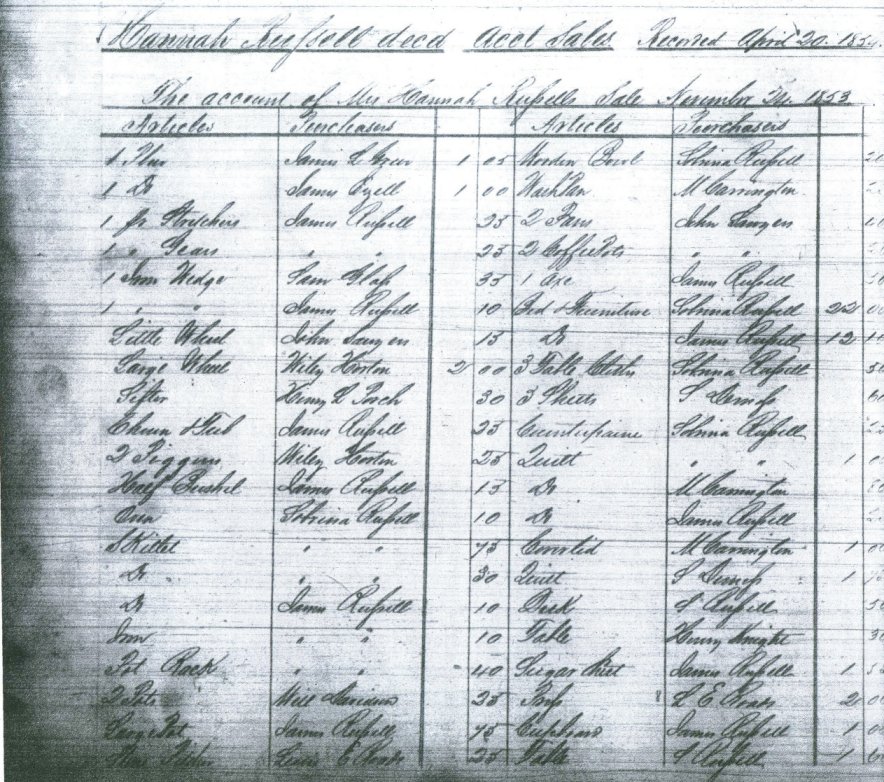 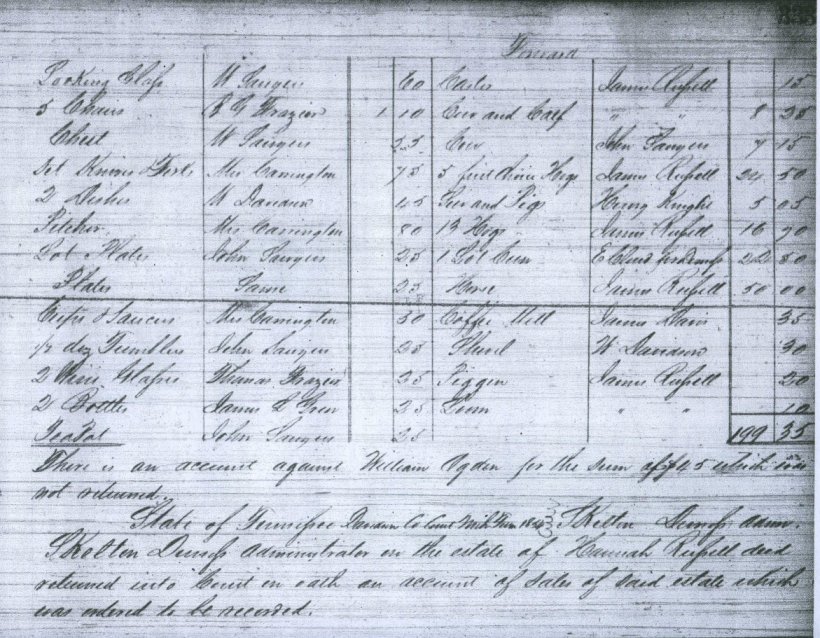