The Winters family Bible contains a transcribed death notice for Margaret McGillivray, the wife of the late Charles Buise. The only date given was the 26th inst." I eventually found the original death notice, which had been published in the Montreal Daily Witness, 27 January 1880. 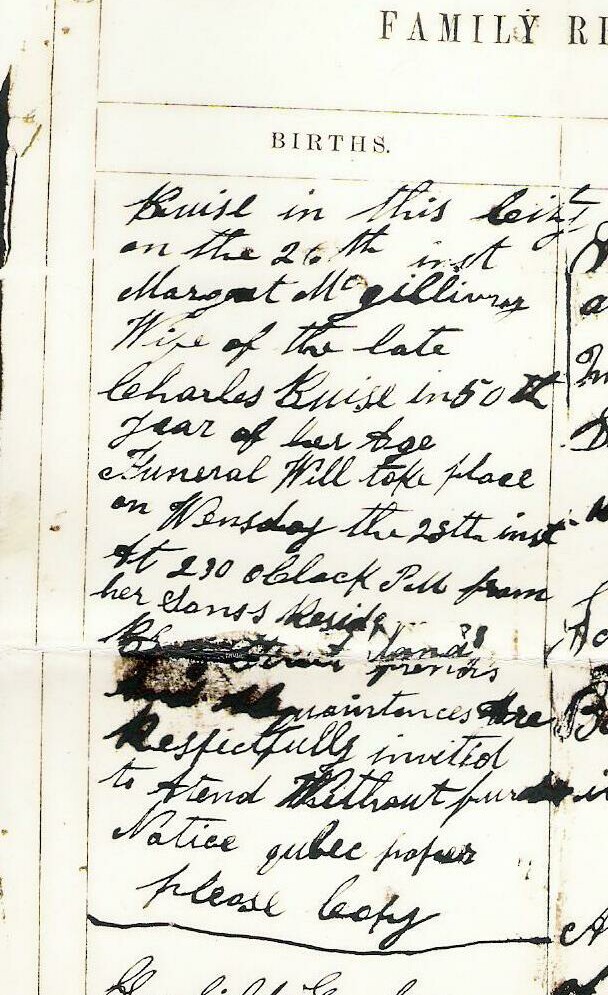 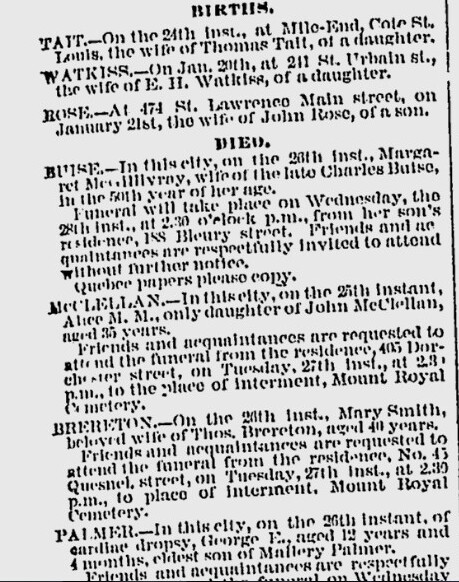