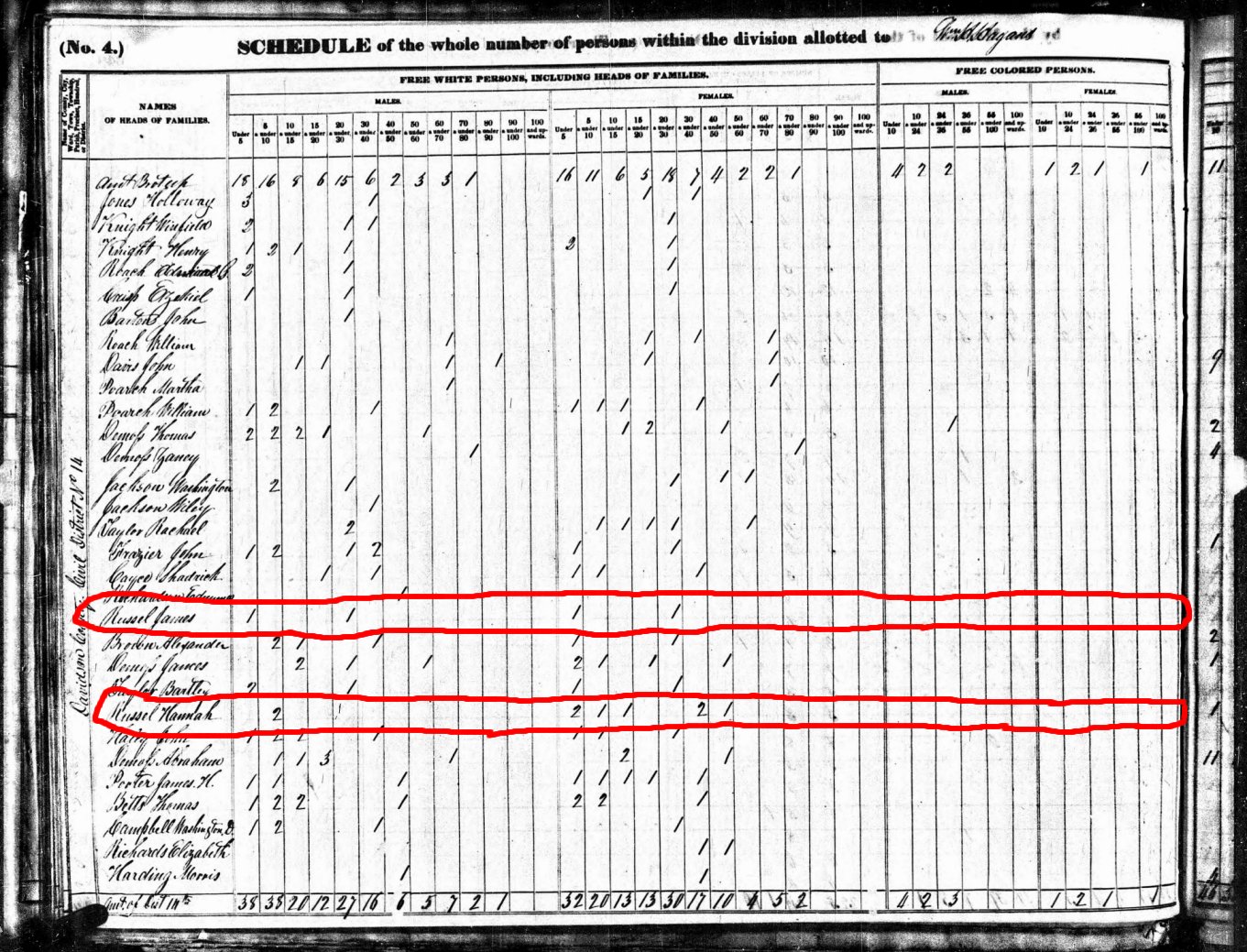 In 1850, many of the same people were listed on the same census return page for Davidson County, Tennessee. 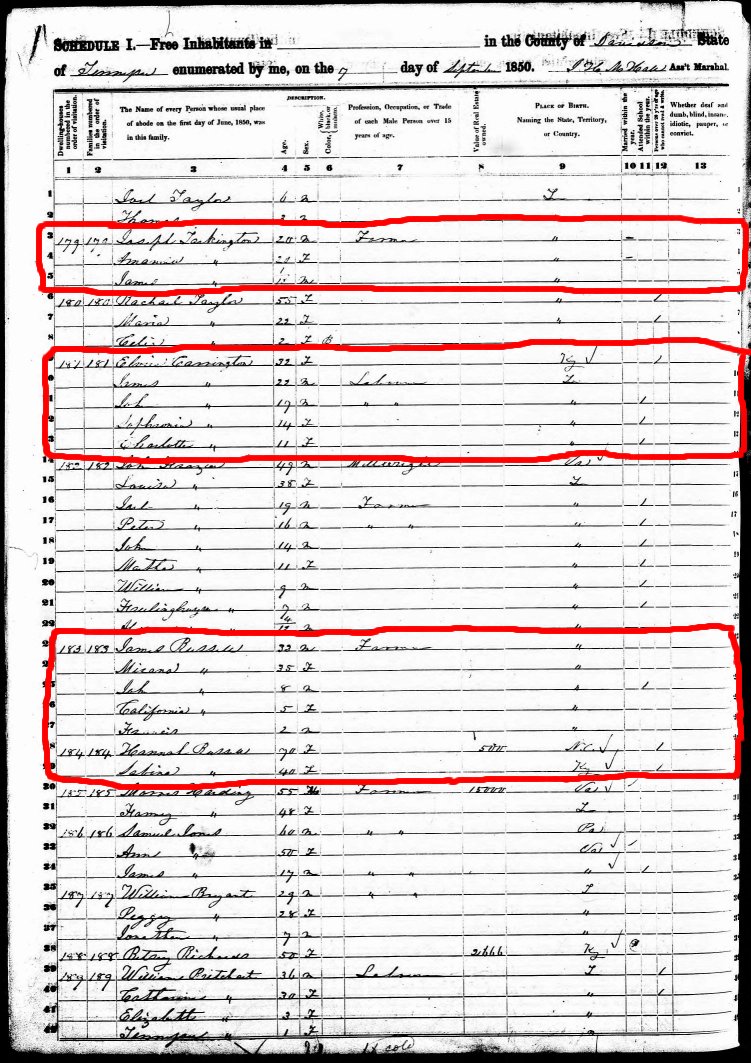 Hannah and her daughter Sobrina (my 4th-great-grandmother) are enumerated in the same household, and her son James and his family are listed nearby. Two of the other households enumerated on this page also belong to the same family group. "Elvira Carrington" is Hannah's widowed daughter Malvira (Russell) Carrington, but her name is incorrect (perhaps the census taker misheard the informant), and her age is way off. Malvira and her children were probably living with Hannah in 1840. Hannah's granddaughter Amanda (Russell) Tarkington (Sobrina's daughter, and my 3rd-great-grandmother) was probably also in Hannah's household in 1840. Amanda married Joseph Tarkington in 1849, and she and her husband (my 3rd-great-grandfather) and their baby son James (my great-great-grandfather) lived near Amanda's mother, grandmother, aunt, uncle, and cousins. Four generations of my family are listed on this census page.
Posted by Beth at 9:05 PM