The 1918 influenza pandemic killed approximately 50 million people worldwide. One of them was my great-grandfather's sister Marie (Schneider) Illig.

Marie was born Maria Schneider on 11 April 1890 in Remagen, Kreis Ahrweiler, Rheinland, Germany. She was the youngest child of Carl Joseph Schneider and Christina Nagel. In 1892 the family immigrated to St. Louis, Missouri. In 1901, when she was eleven years old, Marie's father died. In 1906, Marie began working as a sales clerk at the May Co. She continued to work as a clerk until she married William F. "Bill" Illig on 12 June 1912 at Sts. Peter and Paul Catholic Church in St. Louis, Missouri. Marie's brother Carl J. Schneider and Louise Scheffer also married at this time, and the couples were each other's witnesses. On 20 December 1913, Marie and Bill's son William Philip Carl Illig was born. On 28 November 1918, Marie died of bronchopneumonia due to influenza. She was buried at Sts. Peter and Paul Catholic Cemetery in St. Louis. 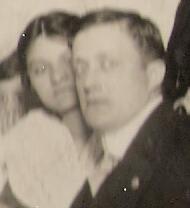 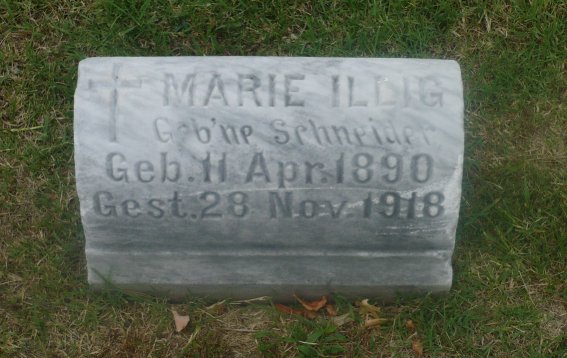 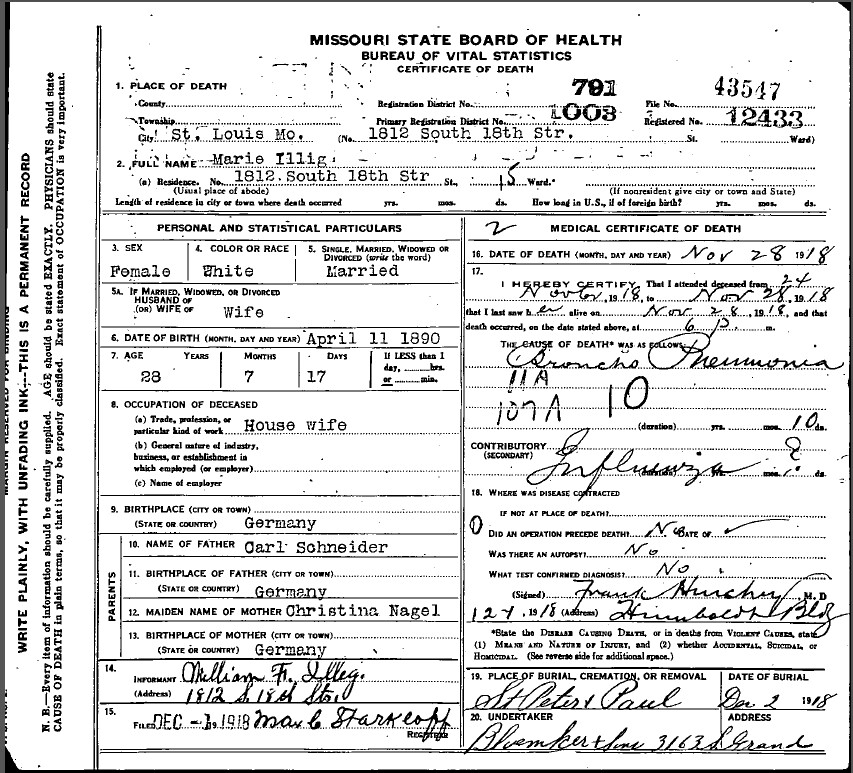 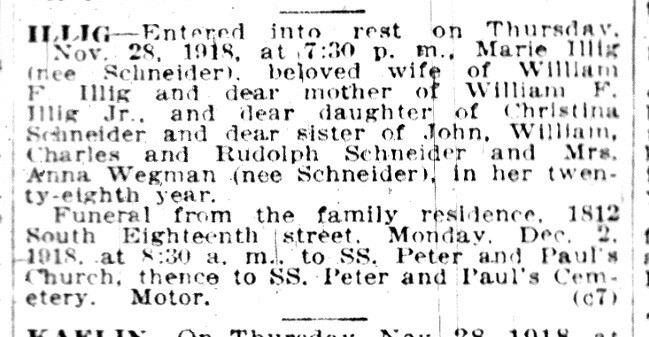