Since March is National Kidney Month as well as Women's History Month, it is a good time for me to write about my great-great-grandmother Kunigunde Dreier. Kunigunde was born on 24 February 1846 in Niederwihl, Waldshut, Baden, Germany. Her parents, Jakob Dreier and Franziska Schäuble, were not married at the time of her birth. They married on 3 February 1848, a little more than five months before their next child, Magdalena, was born.

On 16 February 1871, Kunigunde married Johann Gerspacher. Three months later, on 15 May 1871, their first child was born. He was called Friedrich in early records, but called Fridolin in later records. Johann's father and Kunigunde's paternal grandfather were both named Fridolin, so I think it is likely that Fridolin is the name they intended their son to have. Two years later, on 30 May 1873, their son Hermann was born, but he died on 24 August 1873. Their next child, and their first daughter, was my great-grandmother Paulina, born 13 August 1876. The next son, born on 26 September 1877, was also named Hermann. He died young as well, on 18 December 1878. On 8 May 1879, their son Joseph John was born, and their daughter Augusta Marie was born on 29 January 1881. The last child born in Germany was their son Edward, born on 26 November 1882.

According to a letter written by my grandmother Margaret (Schneider) Boe (Paulina's daughter), Johann Gerspacher left for the United States alone, while Kunigunde was pregnant. When he arrived in America, he changed his name to John Gersbacher. Kunigunde and the children joined him in St. Louis, Missouri, in 1883. They left from Bremen, Germany on the Braunschweig, and arrived in Baltimore, Maryland on 26 July 1883. They had reached St. Louis by 10 August 1883, when baby Edward died.

Their oldest son Fridolin died in St. Louis on 30 May 1892. Less than a year later, on 6 January 1893, Kunigunde died in St. Louis. She was only 46 years old. She died as a result of carcinoma of the kidney. She was buried at Sts. Peter and Paul Catholic Cemetery in St. Louis. 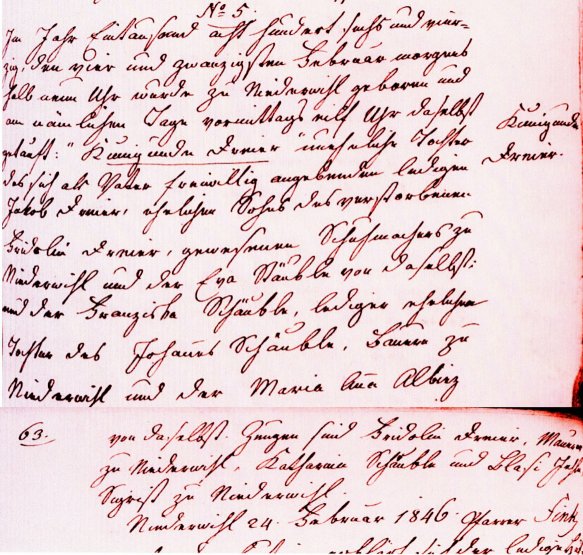 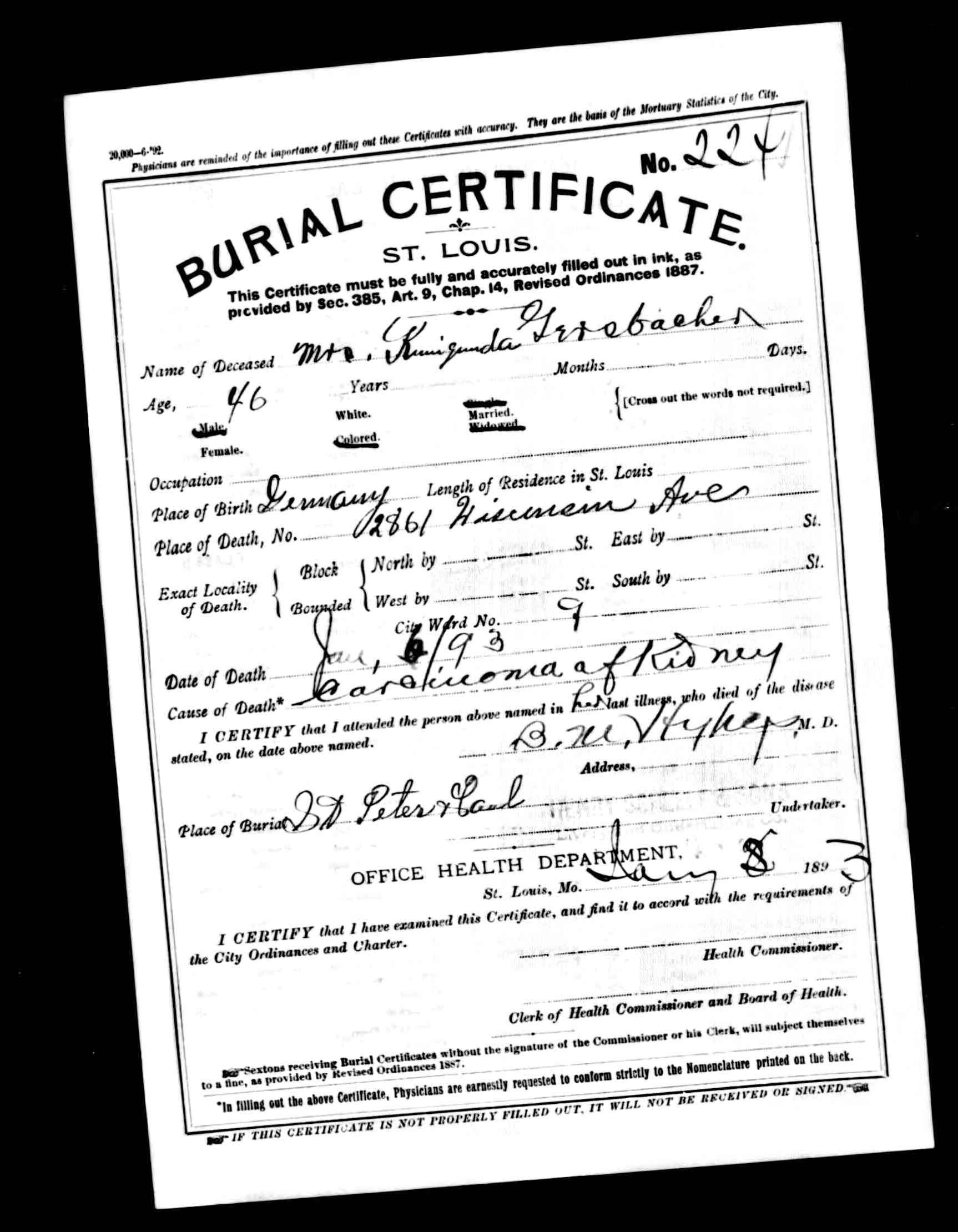