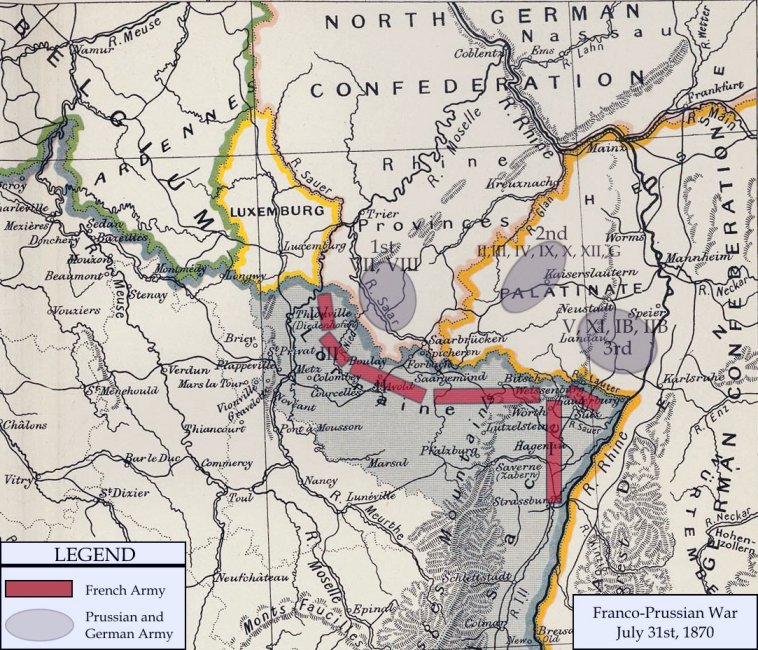 The Franco-Prussian War began on 19 July 1870, when France declared war on Prussia. The German states united against France and raised an army of about 400,000 men.

The French were defeated at the Battle of Sedan on 1 September 1870, and Napoleon III surrendered to the Germans the next day. The Siege of Paris began on 19 September 1870. The Armistice of Versailles ended the fighting on 28 January 1871, and the war ended when the Treaty of Frankfurt was signed on 10 May 1871.

My 2nd-great-grandfather's brother Joseph Gerspacher died in Rastatt, Baden on 3 August 1870. The cause of death was Kriegsfolgen (consequences of war). Rastatt was a main supply base for east of the Rhine River during the Franco-Prussian War.