In 1930, Samuel A. Thomas, the son of my 3rd-great-grandfather's sister Catherine Bennett Winters, resided at the State Hospital for Mental Diseases, located in the unincorporated place Howard, in Cranston, Providence County, Rhode Island. 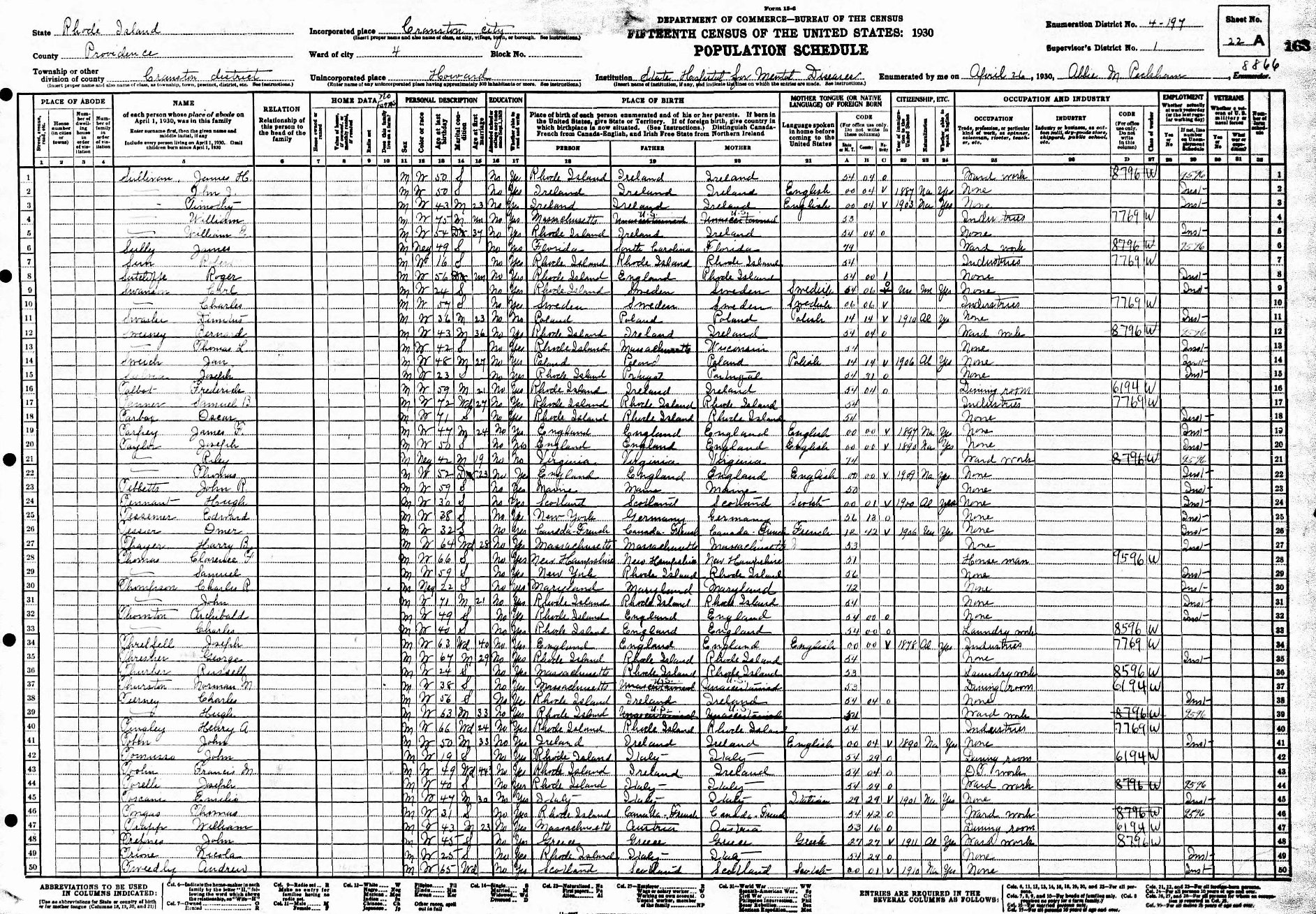 Samuel died on 11 May 1933 in Howard, Cranston, Rhode Island. He probably died at the State Hospital for Mental Diseases.

In 1869, the more than 417 acre William A. Howard farm in Cranston, Providence County, Rhode Island was purchased. The property was to be used for a state asylum for the insane and poor, a state workhouse, and a house of corrections. In 1870, eighteen wood-framed buildings were built, and in November, 118 patients were admitted to the asylum.

Music therapy began at the hospital in 1881, when twelve canaries and six cages were purchased and placed in the halls. In 1900, an orchestra was established; it included one patient musician. Another patient joined the orchestra in 1904. An organ was purchased in 1925. The same year, the hospital choir gave a concert at a local radio station.

Some patients did chores, such as housekeeping and farm labor. In 1930, Samuel A. Thomas did not do any work, but some of the other patients worked in the ward, laundry, dining room, or industries.

The State Hospital for Mental Diseases is now the Eleanor Slater Hospital.