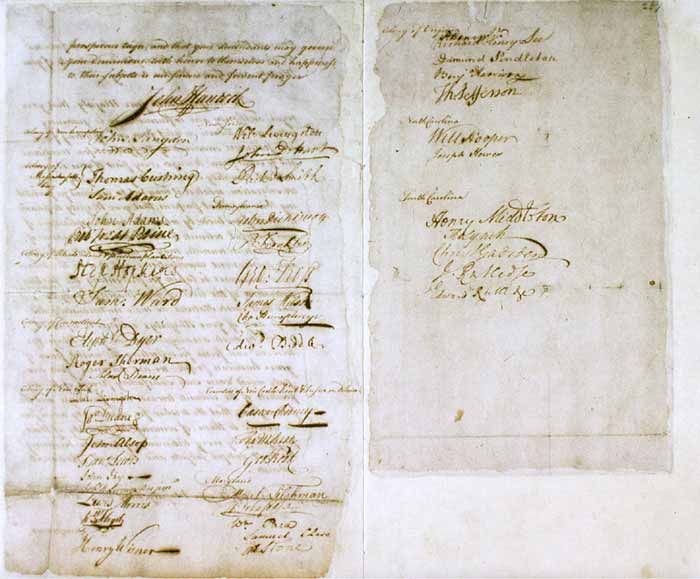 On 5 July 1775, the Olive Branch Petition was adopted by the Second Continental Congress. The petition affirmed the loyalty of the Thirteen Colonies to Great Britain, and requested that "such statutes as more immediately distress any of your Majesty's Colonies, may be repealed." Thomas Jefferson drafted the original version of the Olive Branch Petition, but most of it was rewritten by John Dickinson. The petition was an attempt to avoid a war between Great Britain and the colonies.

Richard Penn and Arthur Lee brought the petition to London on 8 July 1775. However, King George would not see them, and would not look at  the petition. King George's rejection made the colonists realize that they had two choices: to submit completely to the King, or to fight for independence.