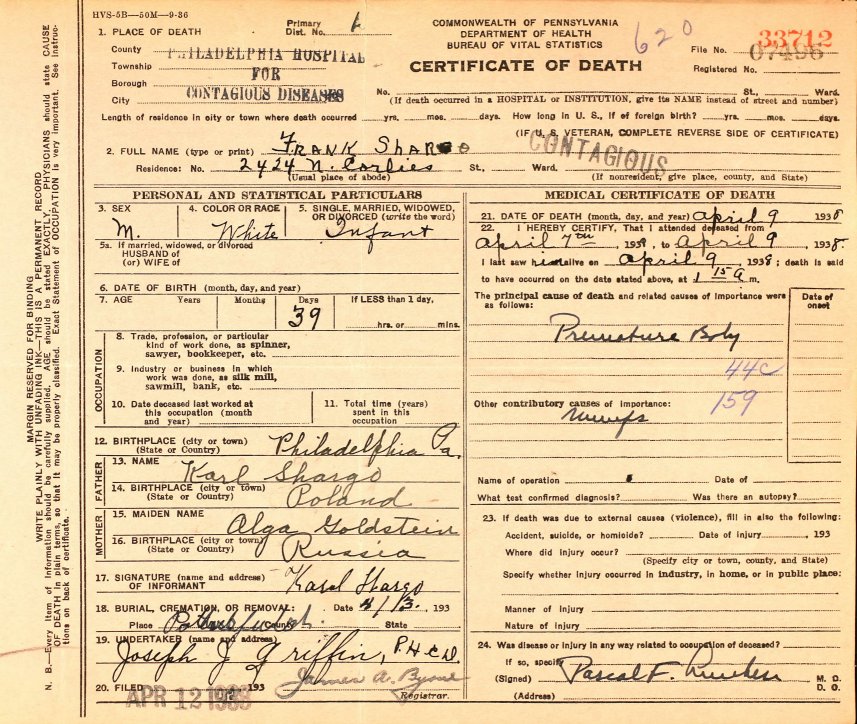 My aunt's younger brother, Frank Shargo, was born in 1938. He was the son of Karl Shargo and Olga Goldstein. He was only thirty-nine days old when he died on 9 April 1938 at the Philadelphia Hospital for Contagious Diseases, Philadelphia, Pennsylvania. He was born premature and had contracted mumps.
Posted by Beth at 10:44 PM