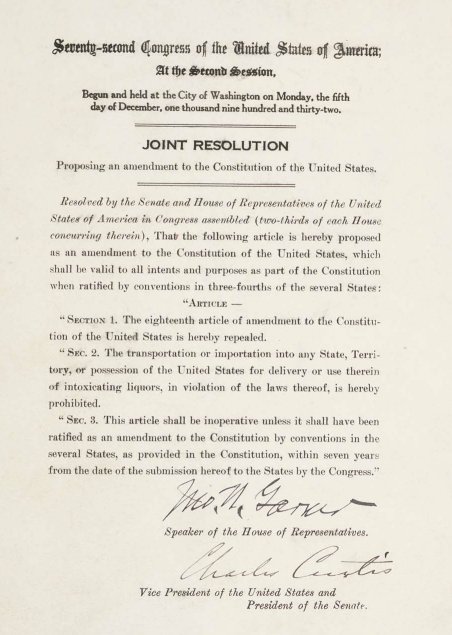 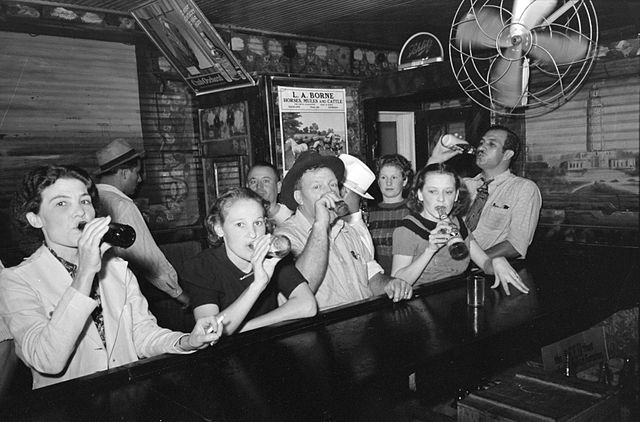 Repeal Day (a registered trademark of the Museum of the American Cocktail) is celebrated on December 5.

After the Great Depression began, the United States government needed more tax revenue; a tax on alcohol would be a source of revenue. During his presidential campaign, Franklin D. Roosevelt promised to repeal Prohibition if elected. On 7 April 1933, after the Cullen-Harrison Act was passed, it became legal to sell beer with a 3.2% alcohol content, and wine with a similar alcohol content. Anheuser-Busch introduced the Budweiser Clydesdales, and the next day the horses delivered a ceremonial case of beer to President Franklin D. Roosevelt. Yuengling also sent beer to President Roosevelt.

On 5 December 1933, the Twenty-First Amendment to the United States Constitution was ratified. It repealed the Eighteenth Amendment, which prohibited the manufacture, sale, or transportation of alcoholic beverages. The consumption of alcohol was not prohibited.

I think that many members of my family were probably opposed to Prohibition. In 1910, my 2nd-great-grandfather's brother John William Schneider  was a saloon keeper. My maternal grandmother Margaret Ann Schneider played piano in a beer garden in the 1930s; she met my grandfather John Boe there when a fight broke out one night and they hid under the piano together. My paternal grandmother's brother Earl Theodore Anderson brewed his own beer (but not during Prohibition; he was only 16 in 1933).