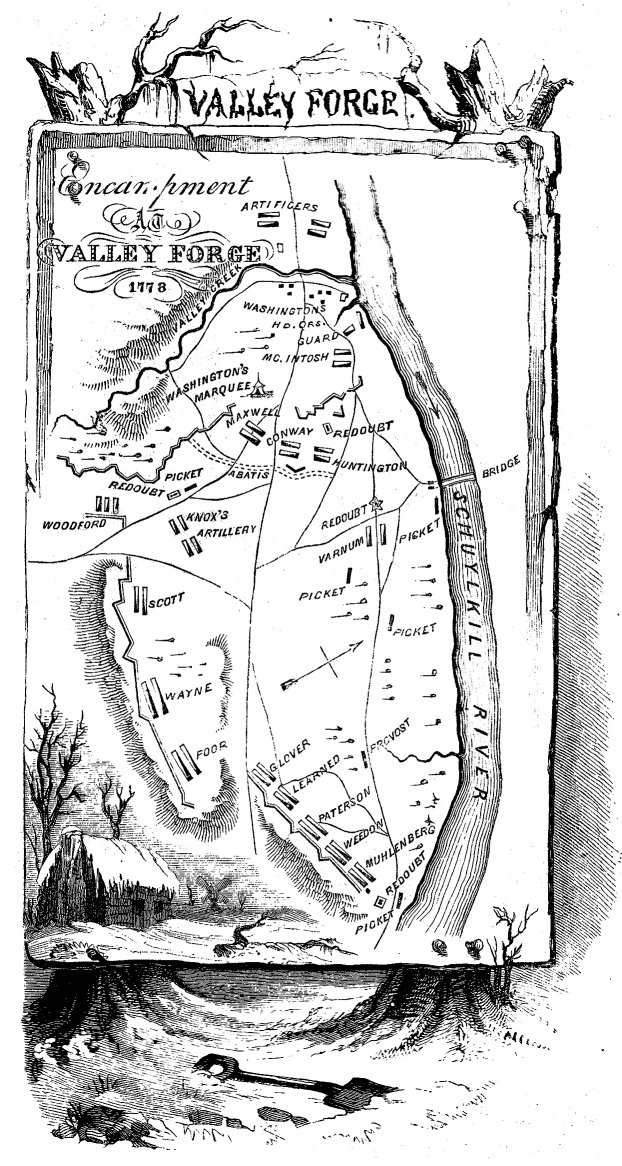 On 19 December 1777, George Washington and his Continental Army entered their winter quarters at Valley Forge, Pennsylvania. 12,000 men marched in from their encampment at White Marsh (now Fort Washington State Park). They began constructing huts; the first one was completed in three days.

By the end of the winter, more than 2,500 soldiers had died from diseases such as dysentery, influenza, pneumonia, typhoid fever, typhus, and smallpox.

My 5th-great-grandfather Stephen Mayo was at Valley Forge. He was in Weedon's Brigade, 14th Virginia Regiment.The muster roll shows that he was sick in the winter. Fortunately, he survived. 163 men from his brigade died at Valley Forge.

Every December 19 at Valley Forge National Historical Park, there is a march in to commemorate the arrival of the Continental Army.