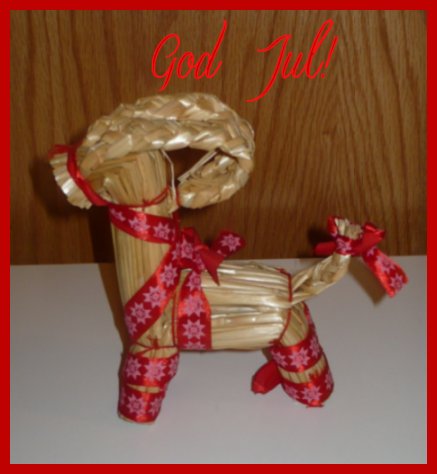 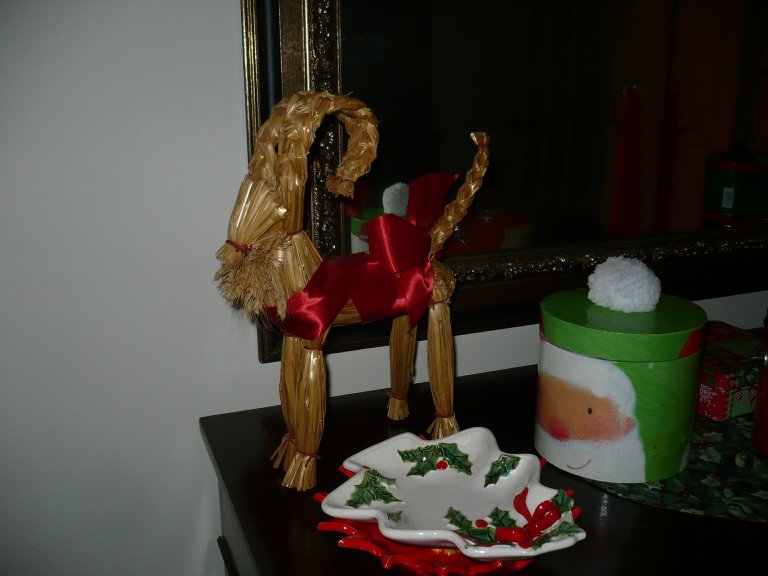 The Yule goat (Julbock), a straw goat, is a traditional Christmas symbol. In the 19th century, it was considered the bearer of Christmas gifts. It is now typically a Christmas decoration. In Gävle, Sweden, a large Julbock (the Gävle Goat) is erected every year, and is often burned by arsonists before Christmas. Straw Christmas ornaments are also traditional.

Small gnomes called tomte in Sweden and nisse in Denmark and Norway are also associated with Christmas. They were thought to reside on farms. They demanded porridge on Christmas Eve; if they did not receive it, they would leave or make mischief. In the 1840s, the Julnisse became the bearer of Christmas presents, and this tradition spread to Norway and Sweden.

In Sweden, a julbord (Christmas table) includes bread, butter, cheese, herring, ham, sausages, meatballs, potatoes, and casseroles. It is eaten in three courses. Pork ribs (ribbe) are popular in Norway.  Rice pudding is also a tratidional Christmas food. Lutefisk (codfish preserved in lye) is traditional in Norway and Sweden. More lutefisk is now eaten in the United States (mostly by Scandinavian-Americans) than in Scandinavia.