My 6th-great-grandfather Andrew Lucas was born on 5 October 1752 in Shepherdstown, Frederick County, Virginia (now Shepherdstown, Jefferson County, West Virginia). He was the son of Edward Lucas and Elizabeth Corn.

Andrew was one of the signers of the Cumberland Compact, which established a constitutional government for the settlement. It was signed in May 1780.

Andrew was shot by Indians while hunting at Drake's Creek. Although he had been shot through the neck and mouth and was bleeding, he managed to crawl into some shrubbery.

Andrew died in 1830. His will was recorded on 4 March 1830 in Davidson County, Tennessee. He left money to his daughters Lavina, Polly, Susan, and Sina. He left his wife Nancy the household and kitchen furniture, stock cattle, hogs, horses, and all the money that was due to him. After her death, anything remaining was to be sold, and they money was to be divided equally among his children. One of the witnesses to the will was his grandson Andrew Gatlin, the son of my 5th-great-grandparents Nathan Gatlin and Obedience Lucas. 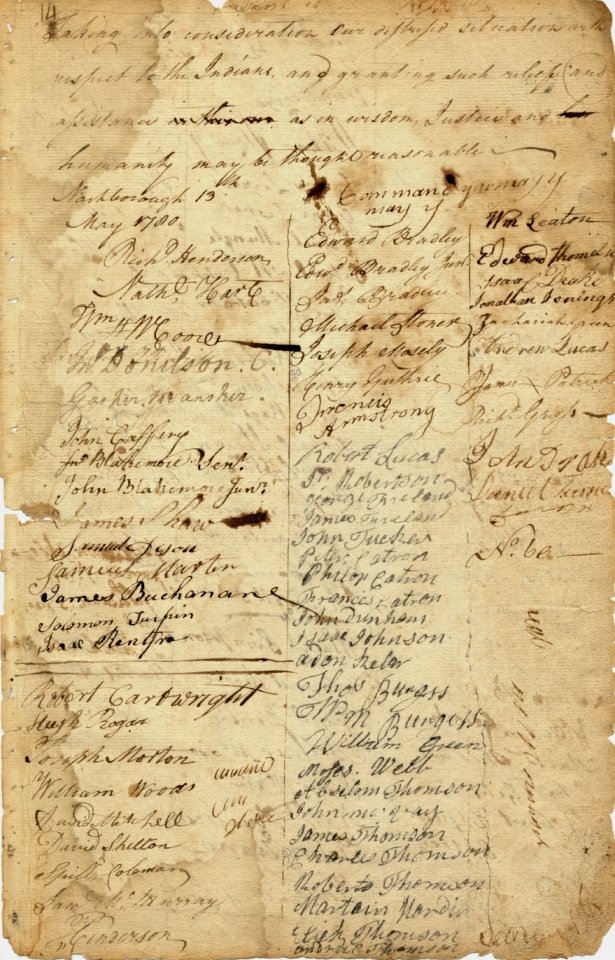 Cumberland Compact, original signers, page 1. Available from http://www.cumberlandpioneers.com/cc1.html. Andrew Lucas' signature is the sixth one in the third column. One of the other signers was his half-brother Robert Lucas. 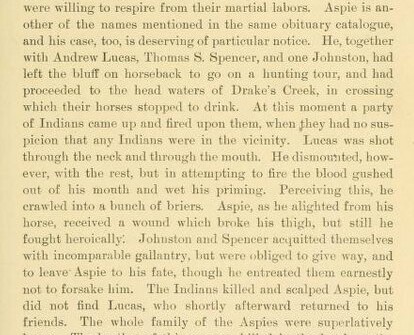 Haywood, John. The Civil and Political History of the State of Tennessee from its Earliest Settlement up to the Year 1796, Including the Boundaries of the State. Nashville, TN: Publishing House of the Methodist Episcopal Church, South, 1891. Page 223. Reprint of 1823 edition published by W. H. Haywood. Available from Internet Archive. 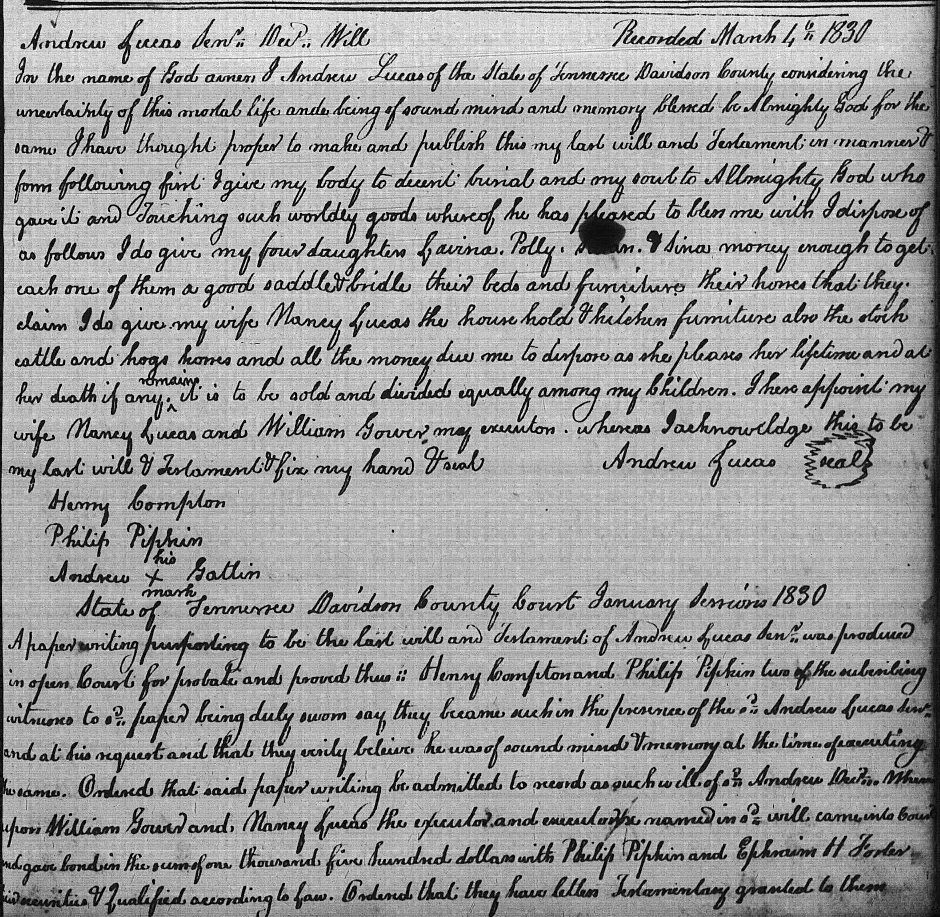