In 1956, my maternal grandfather John Boe traveled to Paris, France with P. F. Collier and Son. He was Vice President of the company  at the time. He and John G. Ryan, President of P. F. Collier, presented a hand-tooled leather set of the anniversary edition of Collier's Encyclopedia to M. Julien Caen, the administrator general of the Bibliothèque nationale de France. He also met Guy Mollet, Prime Minister of France.

He returned to New York on 30 December 1956 on a Crowell Collier charter flight on Pan American World Airways. 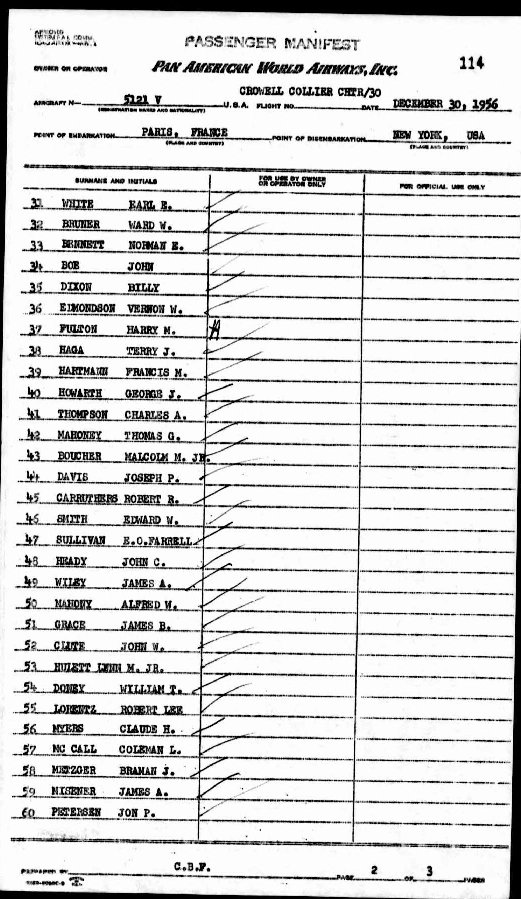