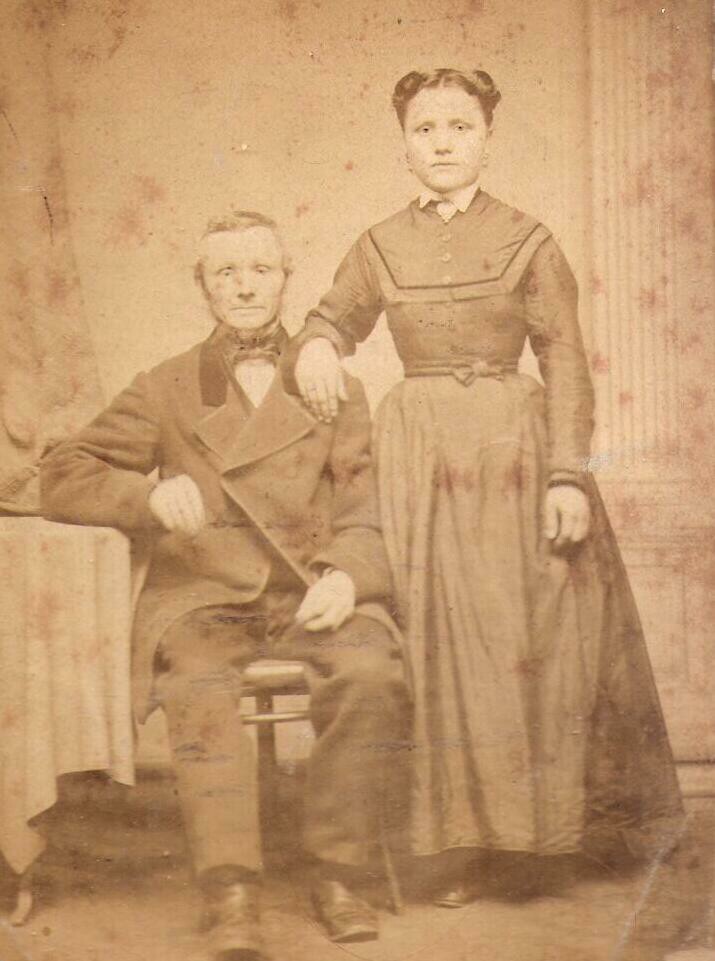 My 3rd-great-grandfather Johann Nagel was born in Hermülheim, Rhein-Erft, Nordrhein-Westfalen, Germany on 19 April 1814. He was the son of Peter Nagel and Christina Leÿ. His birth was registered in Hürth. Hermülheim is now part of Hürth. At the time of his birth, Hürth was occupied by French Revolutionary troops, so his birth record is in French. 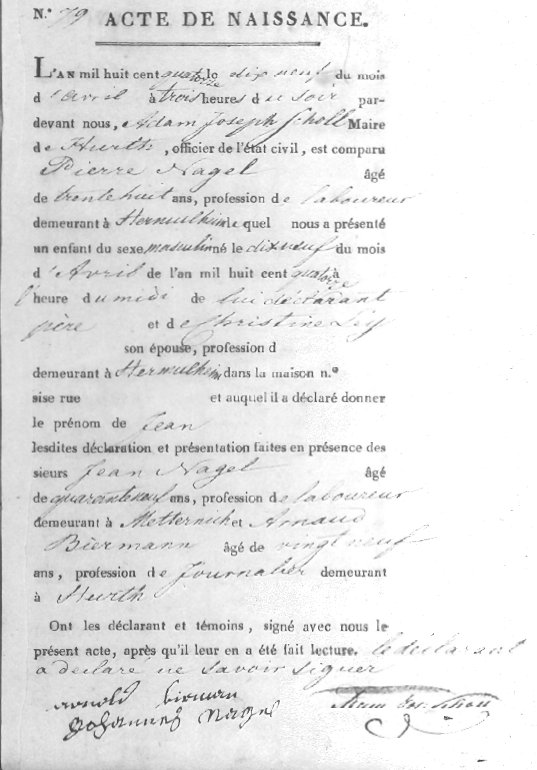 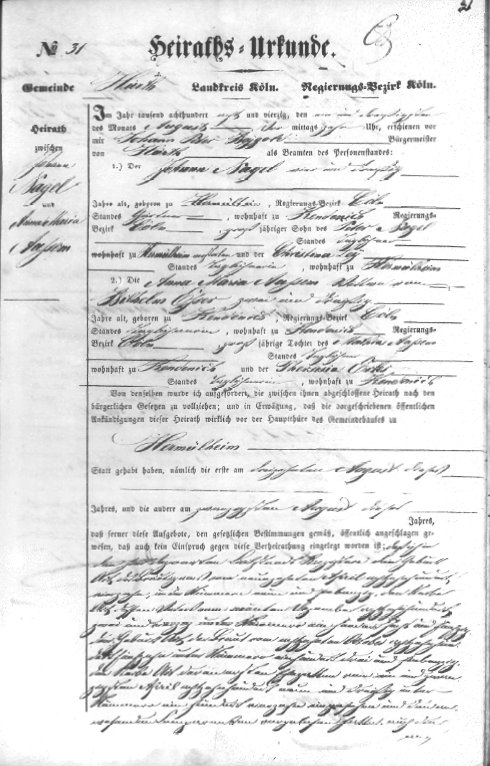 Anna Maria Aussem was the widow of Wilhelm Esser and had a 10-year-old son, Peter. Johann and Anna Maria had a son, Mathias (probably named after her father, Mathias Aussem), on 17 March 1845, three years before their marriage. He was born with the name Mathias Aussem, but later used the name Mathias Nagel. After their marriage, three daughters were born in Kendenich, Rhein-Erft, Nordrhein-Westfalen (now part of Hürth): Theresia (born 19 August 1849), my great-great-grandmother Christina (born 27 February 1851), and Agnes (born 21 December 1855).

Johann Nagel's second wife was Anna Maria Klein. They had twins, Anna and Johann Nagel, born in Kendenich on 27 Dec 1862.

I have photos of my great-great-grandmother Christina Nagel which were taken in Bonn in 1871 and 1877, and she married in Bonn in 1878. Johann Nagel and his family may have moved to Bonn sometime between 1862 and 1871.

Christina and her husband Carl Joseph Schneider moved to Remagen, Ahrweiler, Rheinland-Pfalz, Germany after their marriage. Johann Nagel and Anna Maria Klein moved there as well. Johann was a baptismal sponsor for his grandson Johann Schneider (my great-grandfather) on 10 December 1878 at Sts. Peter and Paul Catholic Church, Remagen.

Johann was a Gärtner by trade. In addition to meaning gardener, the term also meant a farmer who owned only a little land who cultivated fruits and vegetables, but did not usually grow grains. European Roots Genealogy's list of old German professions provides more information on this trade and others.