According to her death certificate, her parents were James Bass and Isabella Bowie. However, there are question marks after both names, so they may not be accurate. 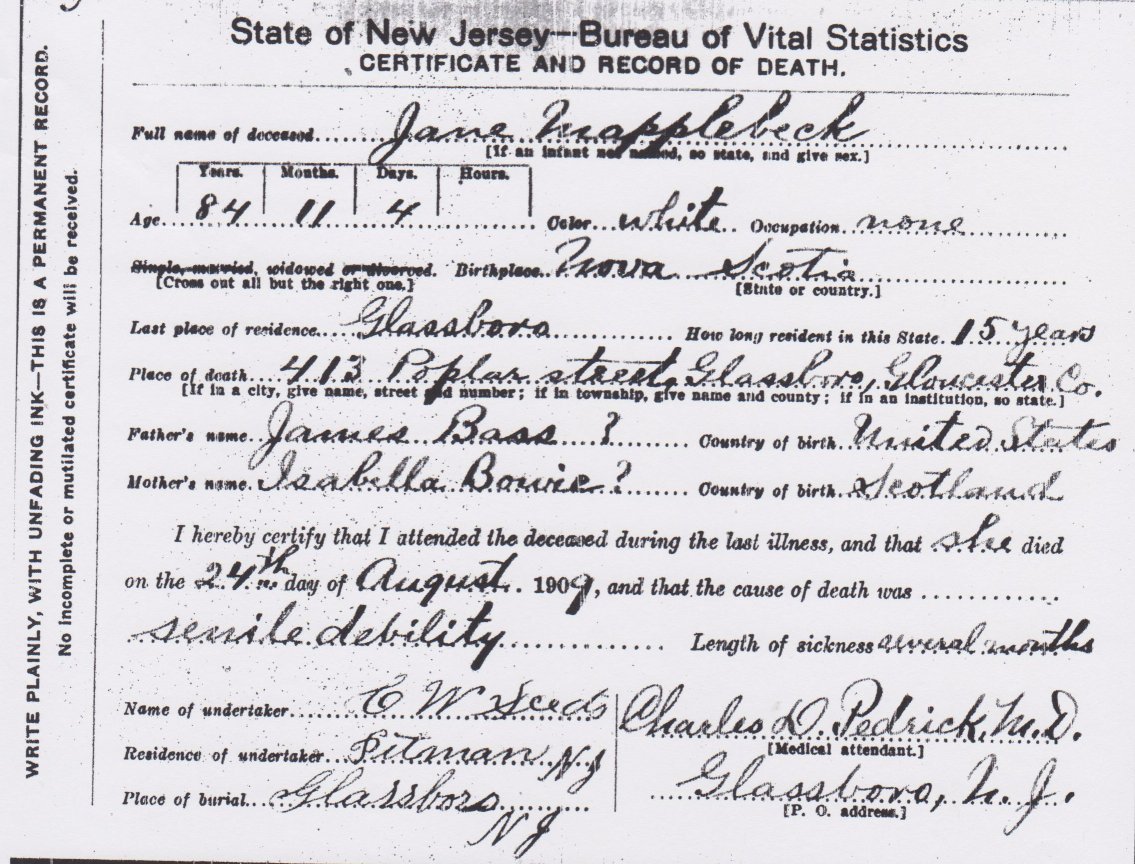 Jane's daughter Sarah died in 1920. On Sarah's death certificate, the maiden name of her mother does not look like Bass. I am not sure what it says; the name is difficult to read. 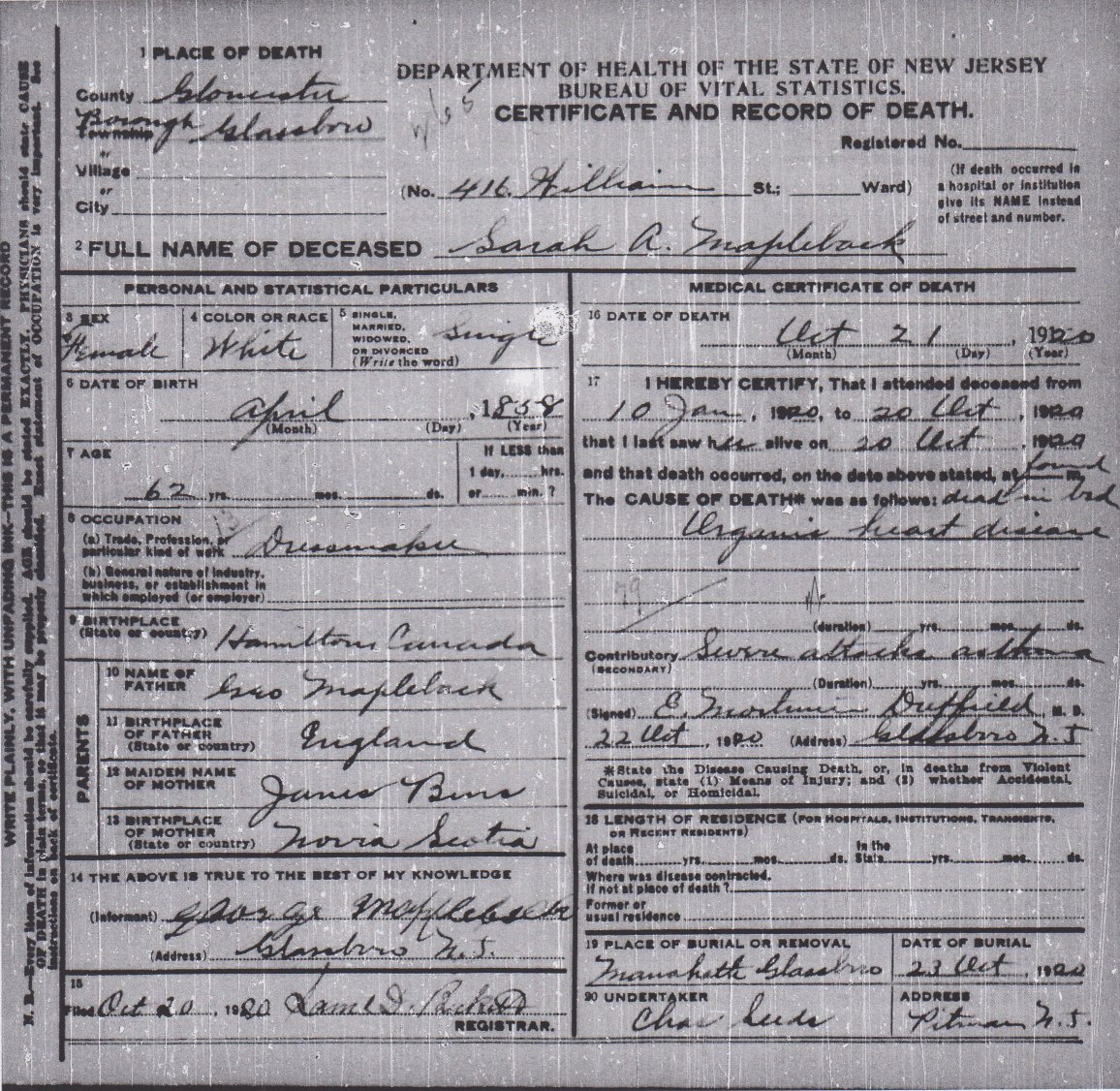 My 3rd-great-grandfather John Bennet Winters (the father of Catherine Elizabeth Winters, who married James Mapplebeck) was married to Elizabeth Buise, and the "mystery person" in the Winters family Bible, Margaret McGillivray, had a son named Charles Buise (also known as Charles Bews). I have wondered if there is an additional connection between the Buise/Bews family and my family. When I saw Sarah Mapleback's death certificate, I wondered if Jane's maiden name could be Buise or Bews, but I am not sure that is what the death certificate says.

The death certificates of Jane's sons James and George do not name her parents. I have not found a record of her marriage to George Mapplebeck. I have not identified any of Jane's relatives except her three children.
Posted by Beth at 10:50 PM