Tuesday's Tip: Look for Your Ancestors in Trade Publications

My great-grandfather John Boe was the president of the St. Louis Motor Car Company. In 1919, he attended the National Automobile Dealer's Association meeting in St. Louis, Missouri (where he lived). The August 1919 issue of American Garage and Auto Dealer contains a photograph from the meeting, and my great-grandfather is in it. 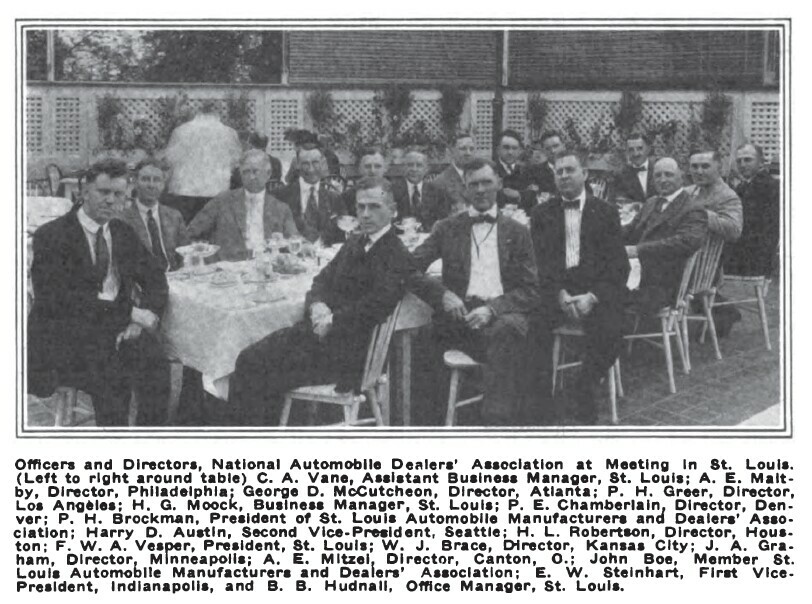 I found another photograph of him in from the same year in Motor World for Jobbers, Dealers and Garagemen. Prior to finding these pictures, I had only seen one photograph of my great-grandfather John Boe. 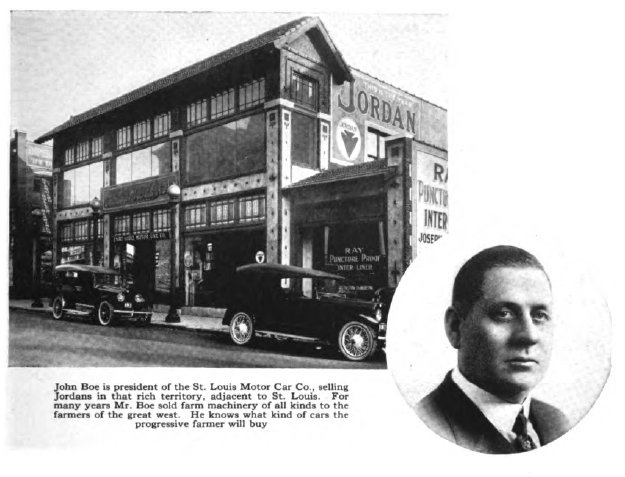 Prior to working in the automobile business, John Boe had a farm machinery company. The February 25, 1914 issue of Farm Implements reported that his company moved to Lewiston, Montana. This information was news to me. By 1915, John Boe and his family were in St. Louis, Missouri. At the time that the news item was published, one of my grandfather's sisters was a newborn baby. Perhaps the family briefly lived in Lewiston, Montana, or maybe L. O. Yonker, of Lewiston who purchased stock in the company, handled the day-to-day operations and John traveled. Perhaps John eventually sold the company to L. O. Yonker. 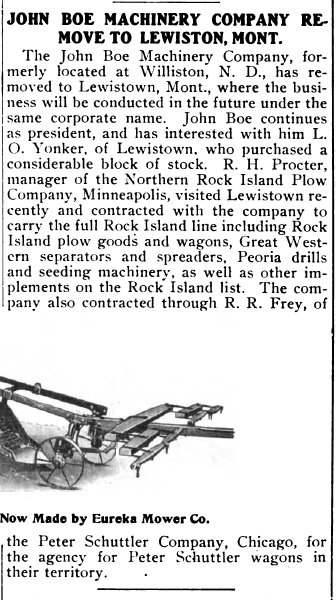 In 1915, John advertised for three salesmen with experience selling automobiles and threshing machinery.

John's brother Theodore had previously worked with him in the farm machinery company; it had been called Boe Brothers before the name was changed to the John Boe Machinery Company. The July 31, 1913 issue of Farm Implements reported that Thoedore was working in the implement business in Arnegard, North Dakota. 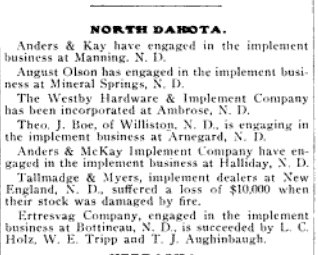 My great-grandfather Henry Brown Gatlin worked as a printer. In 1904, Typographical Journal included his name on a list of pending applications for membership in the Typographical Union. This notice told me how long he had worked as  a printer and where he had previously worked. I learned that he had gone to Chicago earlier than I had thought.

My 2nd-great-grandmother's brother Mathias Joseph Nagel was a gardener. The November 1887 issue of Gardeners Monthly included a letter he wrote about transplanting trees. 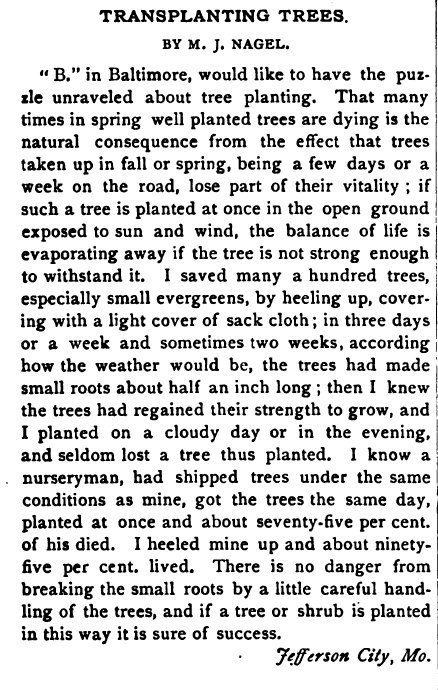