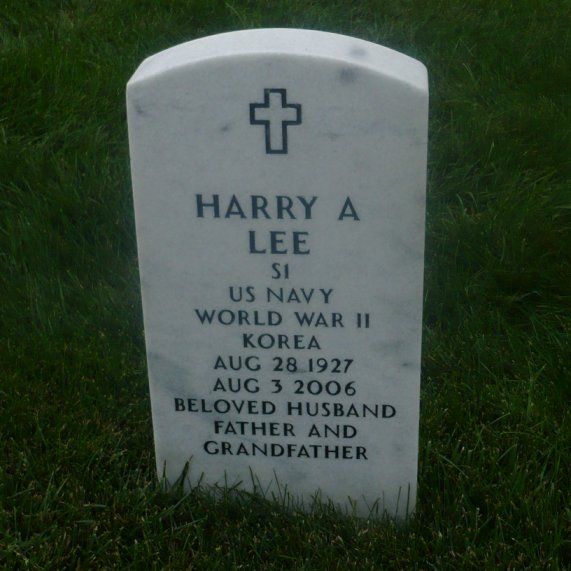 Harry Ashby Lee was born on 28 August 1927 in St. Louis, Missouri. He was the son of Ashby Lee and Etta Pedigo. He married Joan Elise Roberts (the daughter of Earl Mason Roberts and my maternal grandfather's sister Florence Kathleen Boe) in 1952 in Missouri, and they had four children. Harry was a veteran of the United States Navy and served in World War II and the Korean War. He died on 3 August 2006 and was buried in Jefferson Barracks National Cemetery in Oakville, St. Louis County, Missouri.
Posted by Beth at 11:08 PM