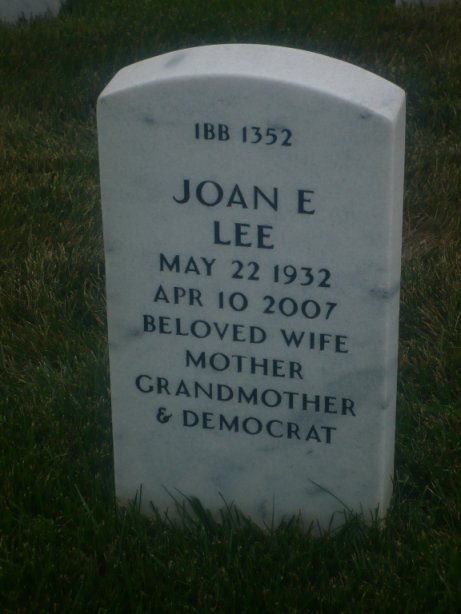 Joan Elise Roberts, the daughter of Earl Mason Roberts and my maternal grandfather's sister Florence Kathleen Boe, was born on 22 May 1932 in New Orleans, Louisiana. She married Harry Ashby Lee in 1952 in Missouri, and they had four children. Joan died on 10 April 2007. She is buried in Jefferson Barracks National Cemetery in Oakville, St. Louis County, Missouri. Her husband Harry was a veteran of the United States Navy and served in World War II and the Korean War. It is clear from the tombstone inscription that she wanted her political views to be remembered!
Posted by Beth at 1:18 AM