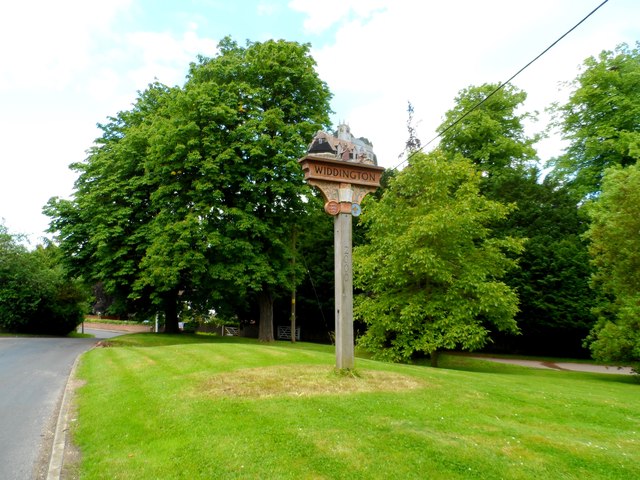 Widdington is a small village in Essex County, England. It is about five miles south of Saffron Walden and two miles southeast of Newport.

My 9th-great-grandparents Benjamin Scott and Margaret Woodley were from Widdington, Essex, England. They settled in Burlington, West Jersey, Province of New Jersey in 1681. Margaret's father, my 10th-great-grandfather John Woodley, was a yeoman from Widdington who died in 1644. 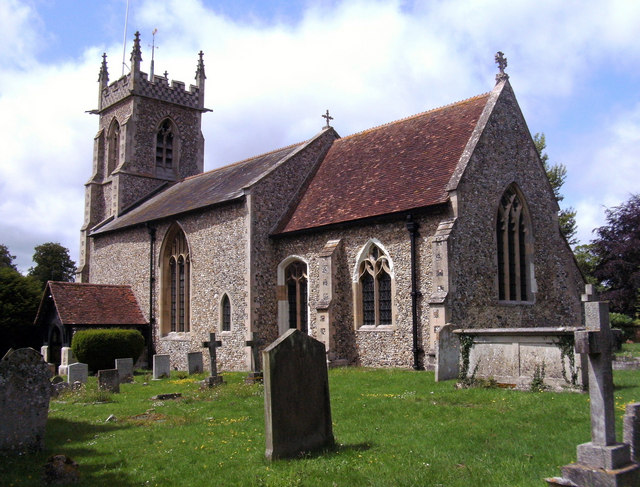 Benjamin and Margaret (Woodley) Scott baptized two children at St. Mary the Virgin. Their son Benjamin was baptized there in 1666, and their son John was baptized there in 1668. They became Quakers, so the rest of their children were not baptized at the church. In 1872, the church was completely restored. Windows from the 12th and 15th centuries remain in the chancel. Splays and arches from the 15th century are in the nave. 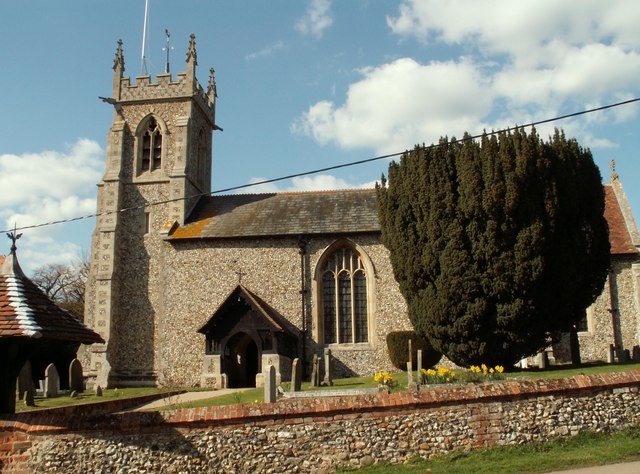 Another view of St. Mary the Virgin, Widdington. © Copyright Robert Edwards and licensed for reuse under this Creative Commons Licence. 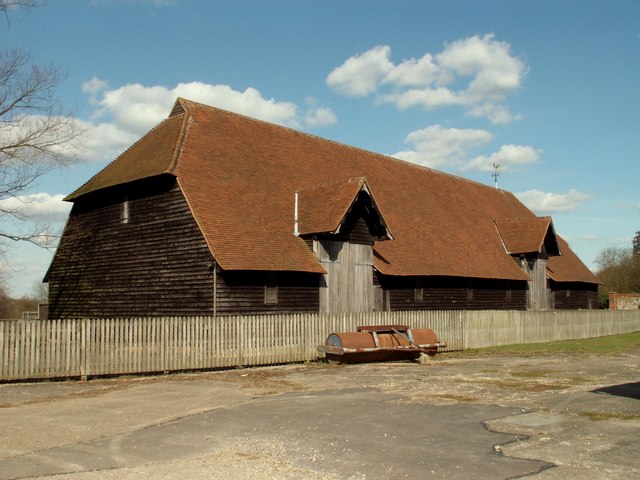 Prior's Hall Barn dates back to the 15th century and is one of the finest surviving medieval barns in eastern England. 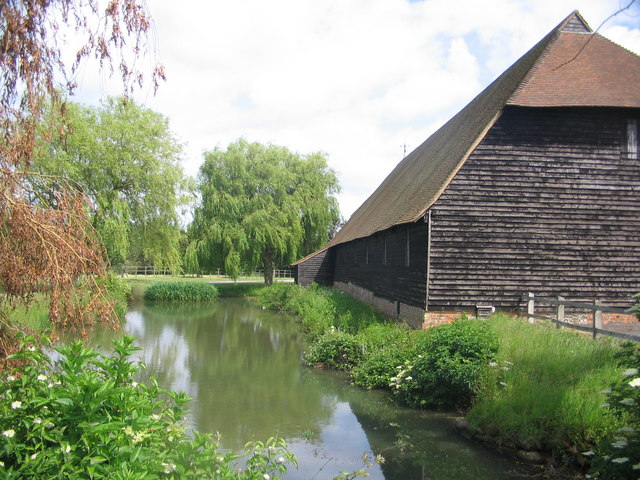 Prior's Hall Barn, Widdington. Back view of barn, with pond next to it. © Copyright Lorraine and Keith Bowdler and licensed for reuse under this Creative Commons Licence.