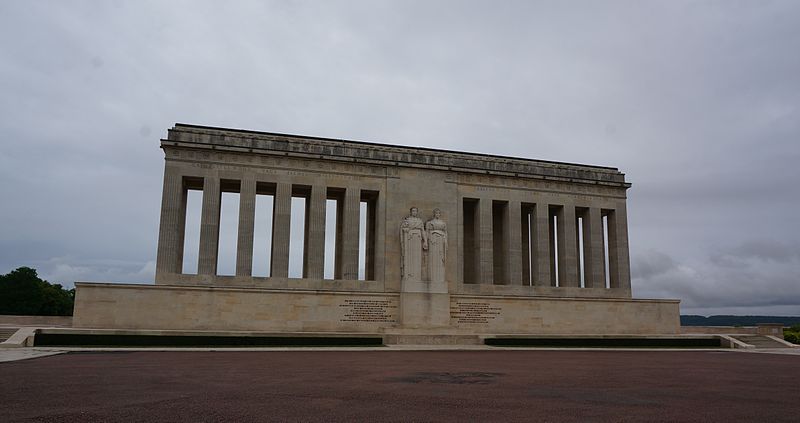 The Château-Thierry American Monument was erected to commemorate the achievements and sacrifices of American and French troops during the Aisne-Marne and Oise-Aisne offensives. The monument, on Hill 204 overlooking Château-Thierry and the Marne River Valley, was designed by Paul Philippe Cret. Alfred Alphonse Bottiau sculpted the two figures on the west facade which represent the United States and France. General John J. Pershing was present for the inauguration of the monument on 9 October 1937. 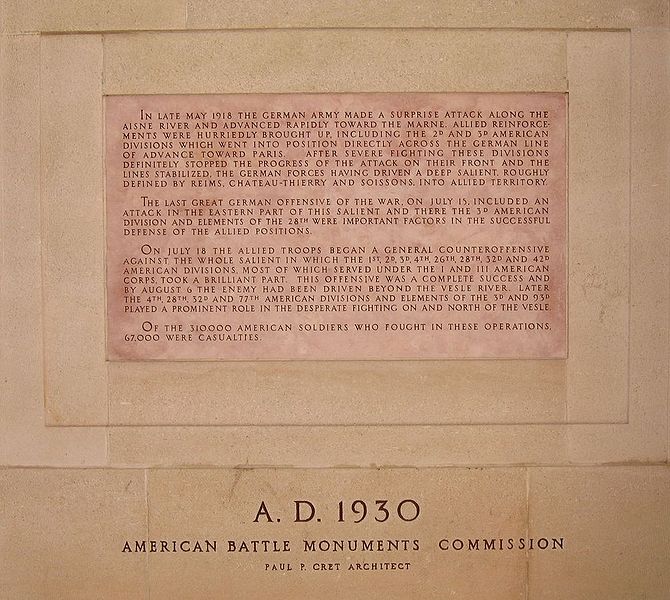 My great-grandfather's first cousin Ferdinand Constand Schneider was killed during the Aisne-Marne campaign.