Theodore Christopher Troedson, the son of my great-great-grandfather's brother Ola Peter Troedson, played rugby with the Past Grammar Football Club in Brisbane, Queensland, Australia. He was later elected patron of the club. 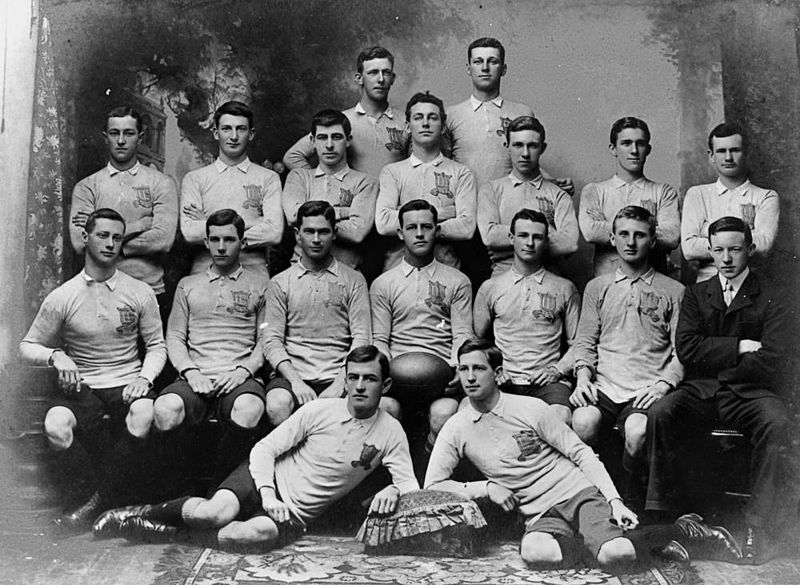 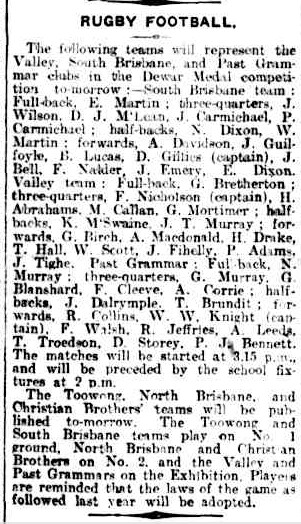 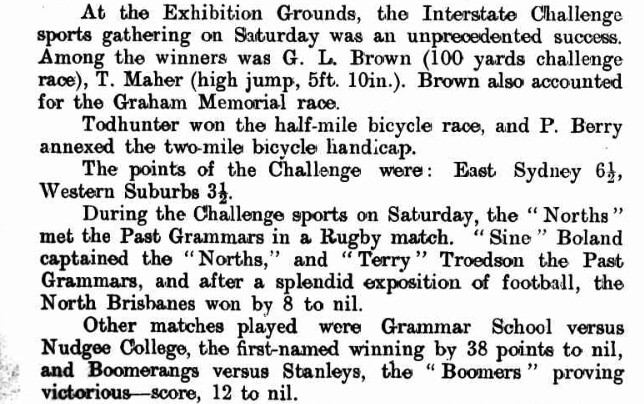 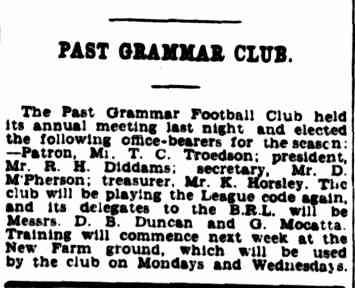