On 12 April 1871, Ola Petter boarded the ship Friedeburg in Hamburg, Germany, headed for Australia. The passenger list showed that his previous residence was Copenhagen, Denmark (which is near Skåne, Sweden). He arrived at Moreton Bay, Queensland, Australia on 12 August 1871. The 15 August 1871 issue of the Brisbane Courier contains an account of the voyage. The text is faded and difficult to read, but additional information about the voyage can be found on a Web page about Jørgen Berthelsen's voyage to Australia. He traveled at the same time as Ola Petter.

Ola Peter took an oath of allegiance on 18 July 1901. Three years later, he lost two members of his family almost at the same time: his son John Henry died on 5 June 1904, and his wife Rosina died on 11 June 1904. Two of his other children also predeceased him: his daughter Annie Christina (Troedson) McDonald died on 20 January 1916, and his son Peter Henry died on 16 May 1923.

Ola Peter died at his home in Fortitude Valley, Brisbane, Queensland, Australia on 12 May 1926. He was buried in Toowong Cemetery. 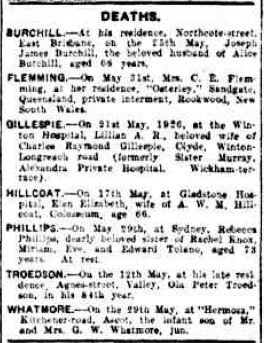 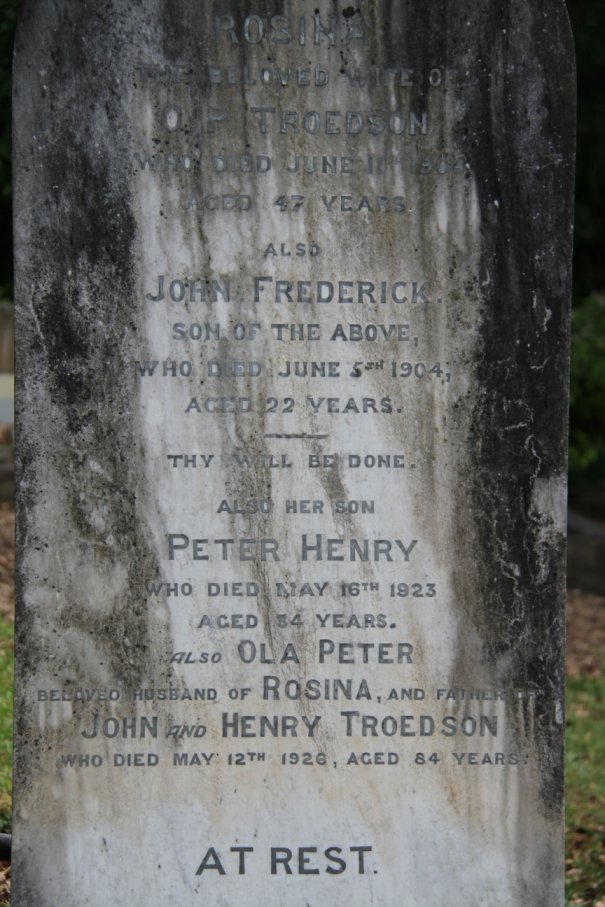