My great-great-grandfather Andreas Troedsson was born on 24 February 1851 in Grevie, Skåne, Sweden, and was baptized on 2 March 1851. He was the son of Troed Andersson and Christina Jacobsdotter. The EmiHamn database records his date of emigration as 11 March 1872; he left from Copenhagen, Denmark, and his destination was Chicago, Illinois. He was the first of his siblings to come to America; two brothers and two sisters followed him. After he arrived in America, he changed his name to Andrew T. Anderson. His middle initial was from his original patronymic, Troedsson, and his new surname was probably chosen because it was a modified version of his father's patronymic. His brothers also adopted the surname Anderson and used the middle initial T.

He was a wood turner. He made a set of chairs and gave one to each of his children (except baby Emma). My father has the chair that belonged to Edward Theodore. By 1910, he was a clerk for the Cook County Board of Review.

In 1912, he returned to Sweden to visit his sister Carolina. He also saw his brother Johannes while he was there. He returned to the United States on 28 July 1912. He arrived at Ellis Island on the Caronia, which had sailed from Liverpool, England. 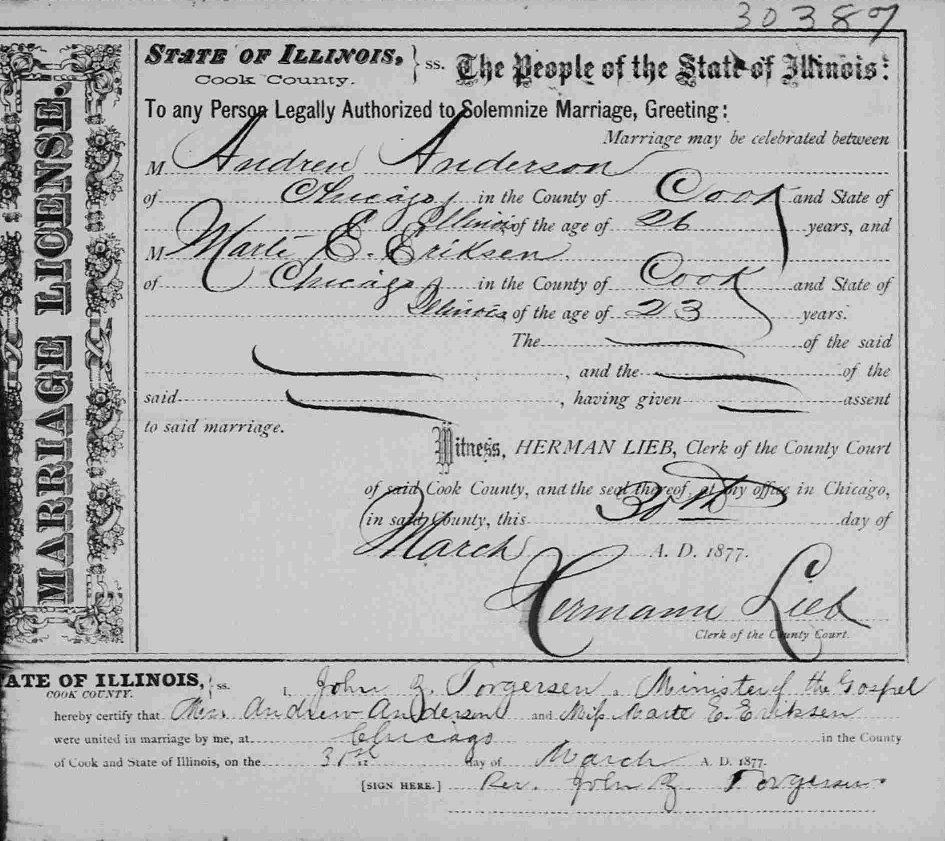 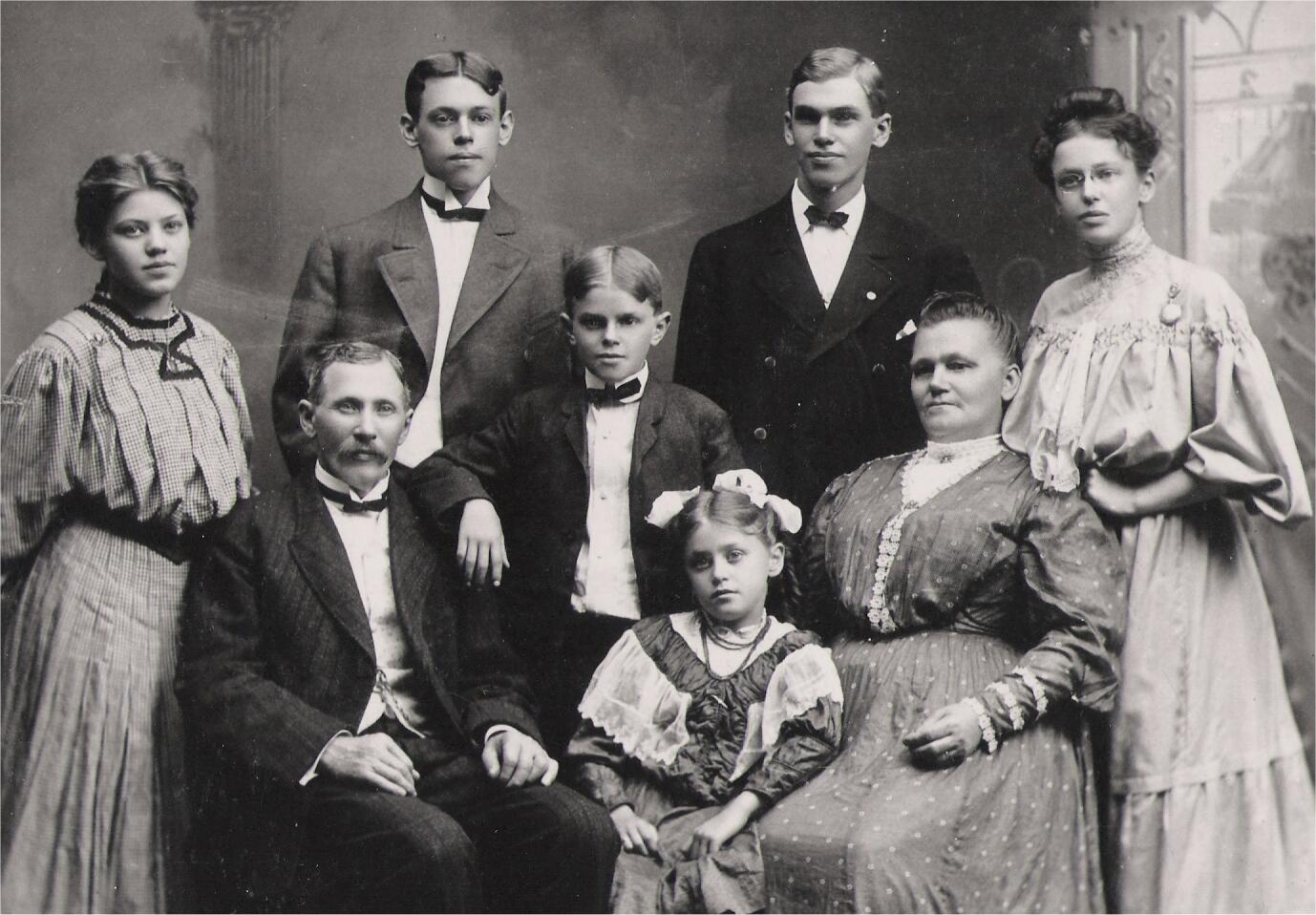 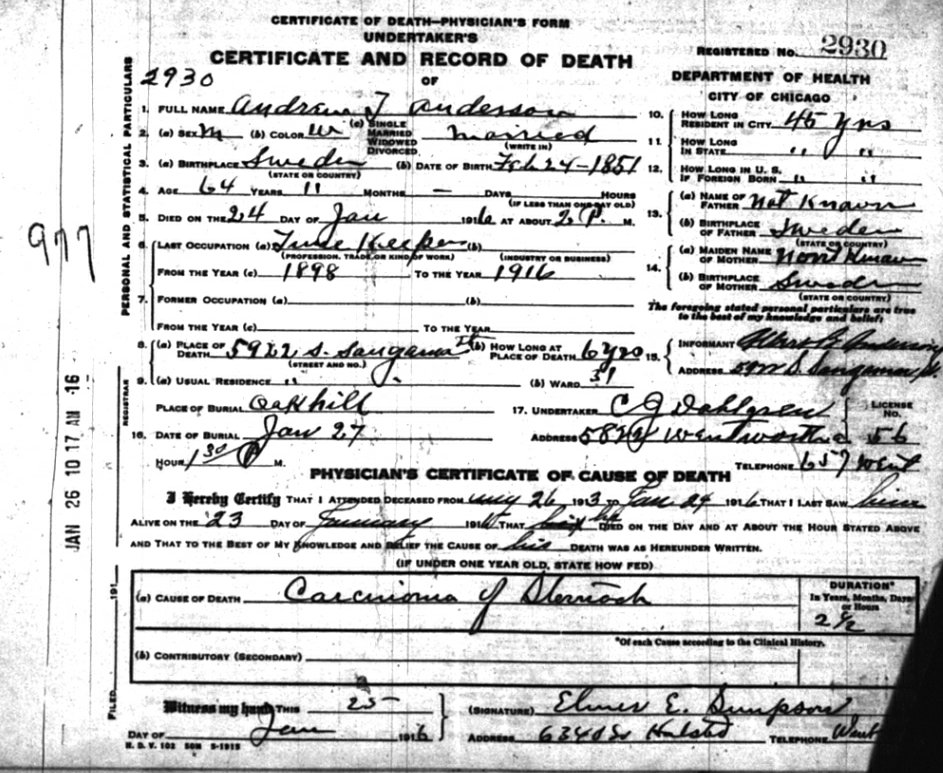 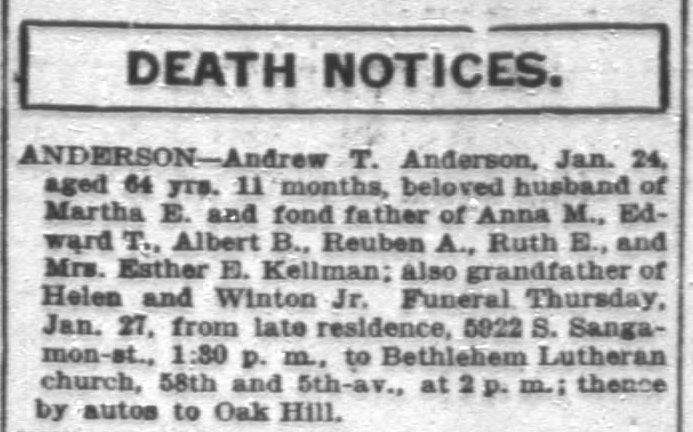