Today is World Environment Day. Every June 5, the United Nations encourages people to take action for the environment and to raise awareness of environmental issues. One of this year's celebrations is taking place in Afghanistan's Wakhan District, the "Roof of the World,"  where a wildlife reserve is being established. The Teggermansu Wildlife Reserve will help to protect species such as snow leopards and Marco Polo sheep.

Far too many species have become extinct over the years, including two that some of my ancestors must have been familiar with. 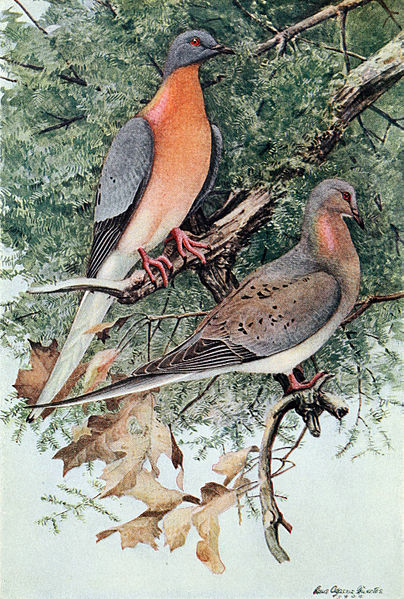 The passenger pigeon was abundant in the nineteenth century; it was found throughout North America east of the Rocky Mountains. The birds traveled in huge flocks. Hunting and habitat destruction led to the passenger pigeon's extinction. The last passenger pigeon died in the Cincinnati Zoo on 1 September 1914. 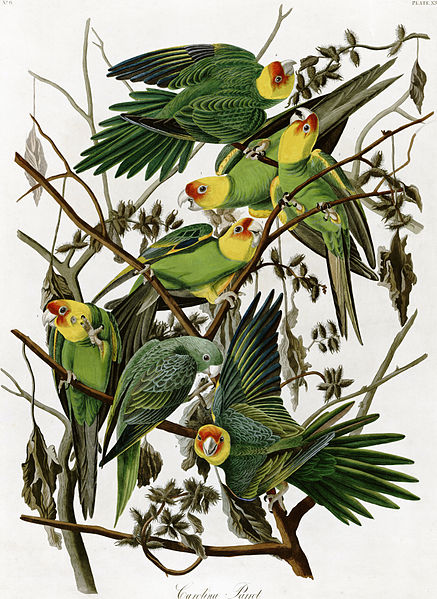 The Carolina parakeet was found in the eastern, midwestern, and Plains states. It was the only parrot native to that region. The species is believed to have become extinct as a result of hunting and deforestation. The last known Carolina parakeet also died in the Cincinnati Zoo, in 1918.

George Gale and his workers cutting down the Giant Sequoia tree "Mother of the Forest" in Calaveras Grove, California. Harper's Weekly.

In 1853 and 1854, giant sequoias in California were cut down. After the felling of the "Mammoth Tree" and the "Mother of the Forest," newspaper and magazine articles expressed outrage, and the conservation movement began. In 1864, the Yosemite Grant Act was signed by Abraham Lincoln. In 1872, the first national park, Yellowstone, was established.