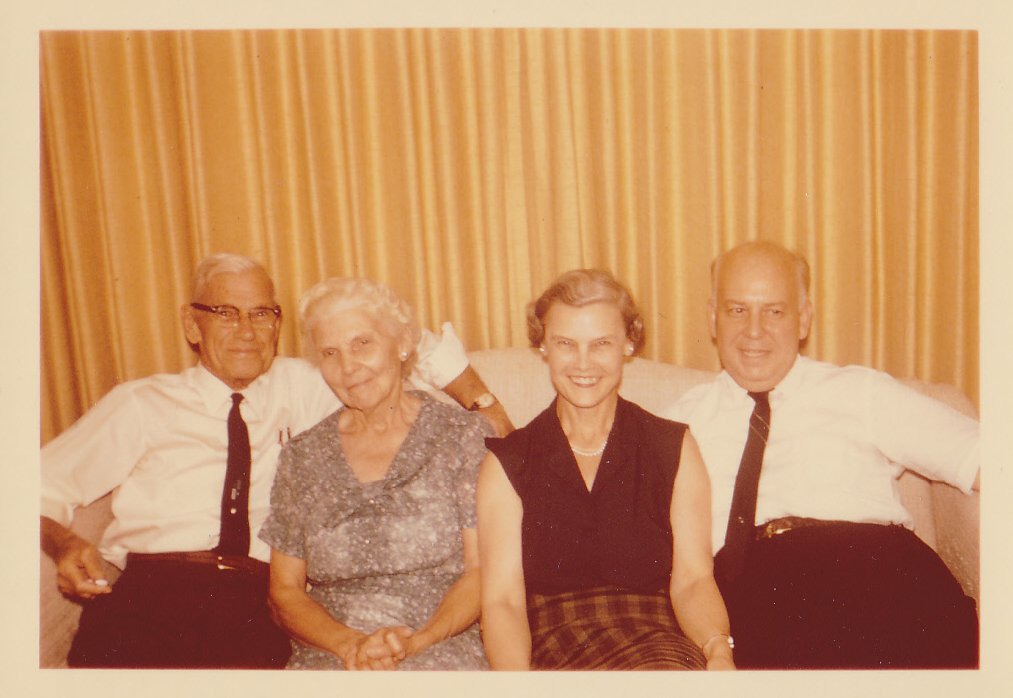 Twenty-nine years later, on 20 June 1939, my paternal grandparents Henry Cornelius Gatlin and Helen Martha Marie Anderson (daughter of Edward Theodore Anderson and Ellen Victoria Dahlquist) married at the Bethlehem Lutheran Church in Chicago, Illinois. I do not think that this is a coincidence; I think my grandmother intentionally chose to get married on her parents' anniversary. My grandparents were happily married for sixty-two years. 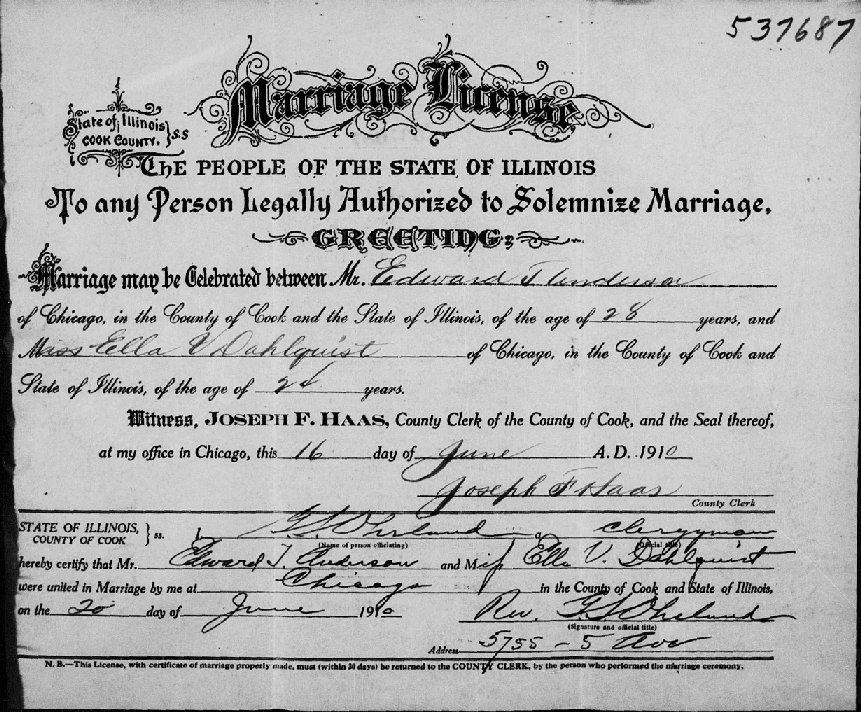