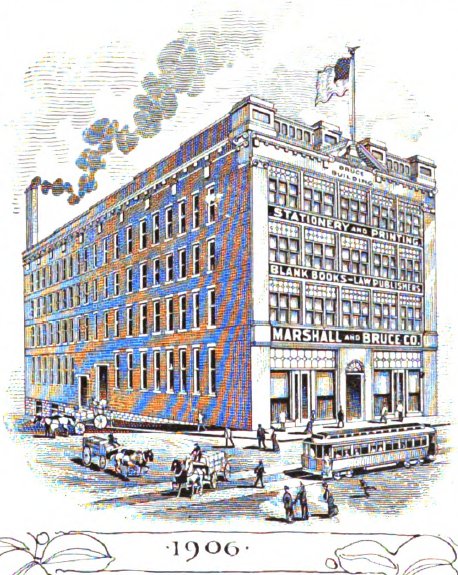 According to the history posted on the company Web site, Marshall & Bruce opened in Nashville, Tennessee on October 25, 1865 as a book bindery with equipment valued at less than $300, and they purchased a printing office in 1869.

In 1900 William's son Henry Brown Gatlin (my great-grandfather) also worked there as a bookbinder. He did not remain at Marshall & Bruce, but he worked as a printer afterward. William Morton Gatlin's wife's sister's son Barney Rood Hughes was also employed by Marshall & Bruce. He was an apprentice in 1906, a bookbinder in 1907, a ruler in 1908-1910, and a bookbinder in 1911.William Morton Gatlin remained with Marshall & Bruce through 1910, and then moved to Chicago, Illinois with his family. His son Henry, his daughter-in-law, and his grandson (my grandfather) were already living there.

According to "The Growth of a Nashville House" by "Man on the Road" [Printing Trade News, vol. 41 no. 3 (July 15, 1911): 44-45], company founders Andrew Marshall and J. H. Bruce kept their employees as long as they did their jobs faithfully and showed interest in their employees' welfare. The author of the article states that they probably had the most honest and loyal employees in the United States. My great-great-grandfather William Morton Gatlin clearly felt loyalty to his employers; he named his two youngest sons Bruce and Marshall. 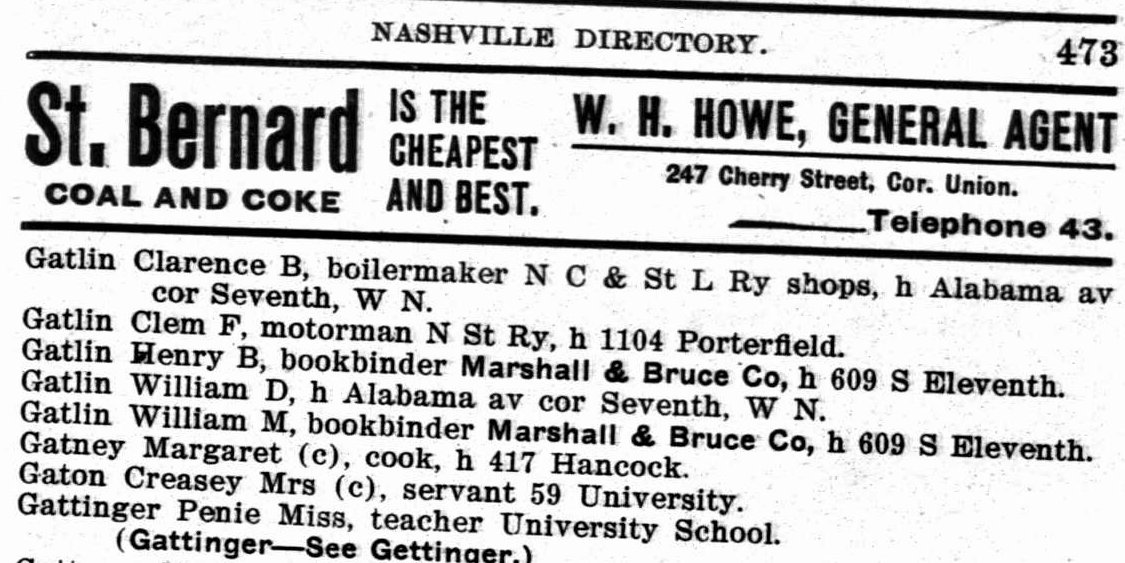 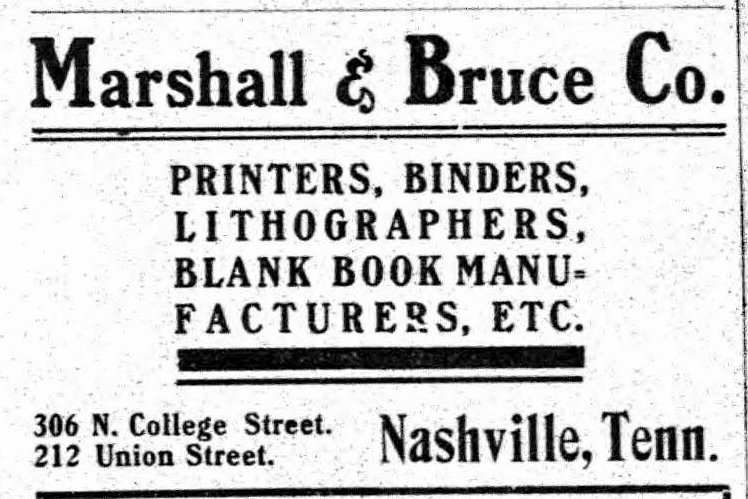