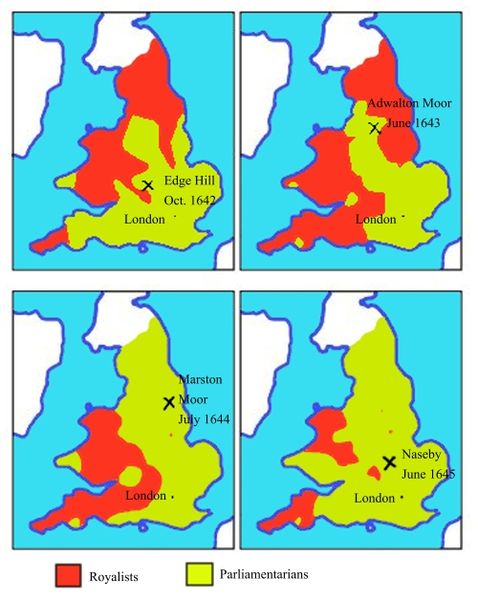 My 10th-great-grandfather John Woodley, a yeoman from Widdington, Essex, England, died in 1644. When he wrote his will in 1644, he had one child, my 9th-great-grandmother Margaret Woodley, and his wife Bridget was pregnant. He was probably a fairly young man when he died. I wonder whether he participated in the Civil War.
Posted by Beth at 11:10 PM