Census Sunday: Were They Really Widowed?

My great-grandmother's sister Augusta "Gussie" Gersbacher married Emil Glaser in 1903. By 1910, they were no longer together. In the 1910 United States census, Gussie was enumerated as head of household in St. Louis, Missouri. She ran a rooming house and lived with her younger sister Annie. She was listed as married. 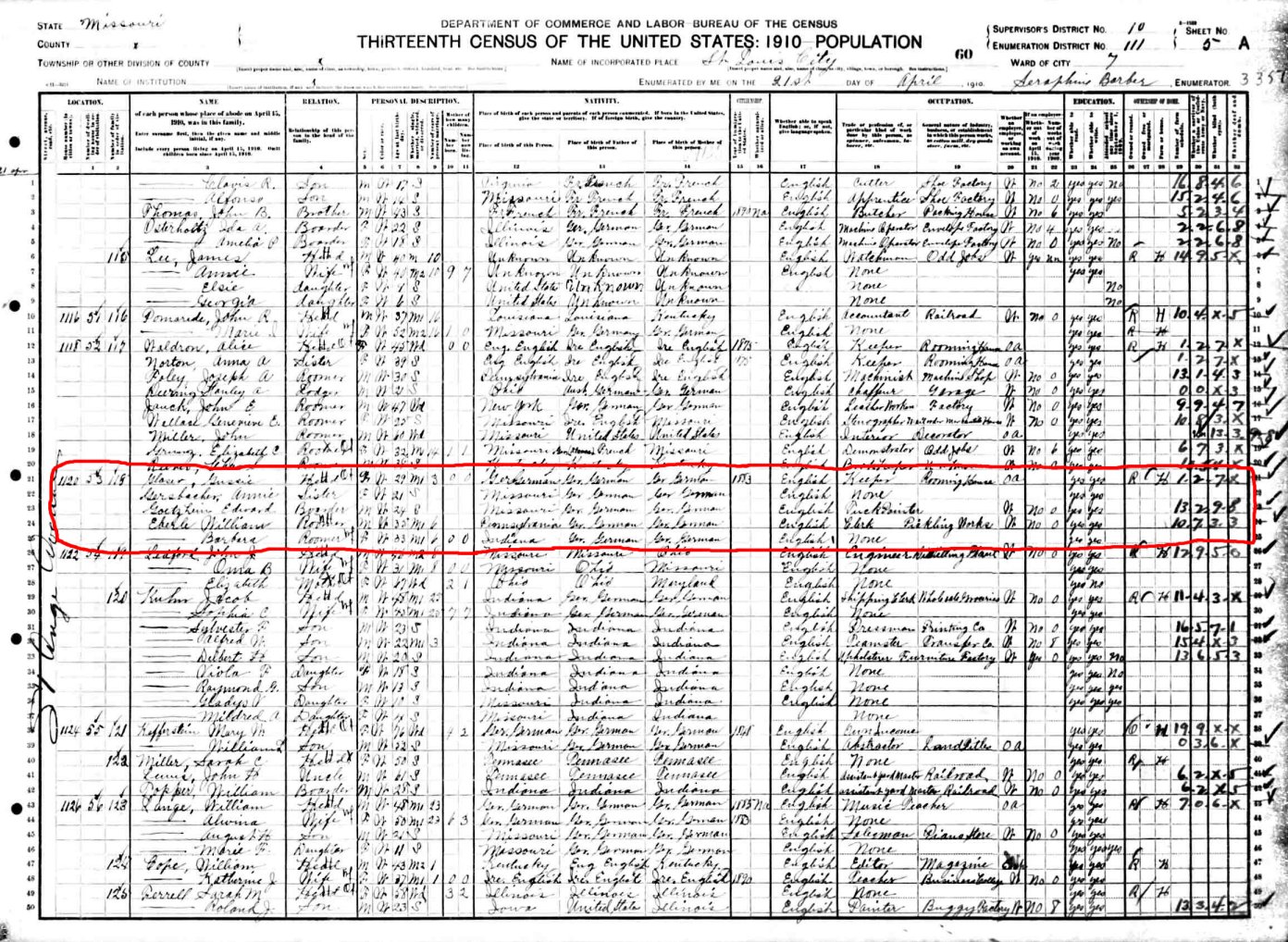 Her estranged husband Emil Glaser was also enumerated in St. Louis. He was living with his mother Lena. His marital status is given as widowed. 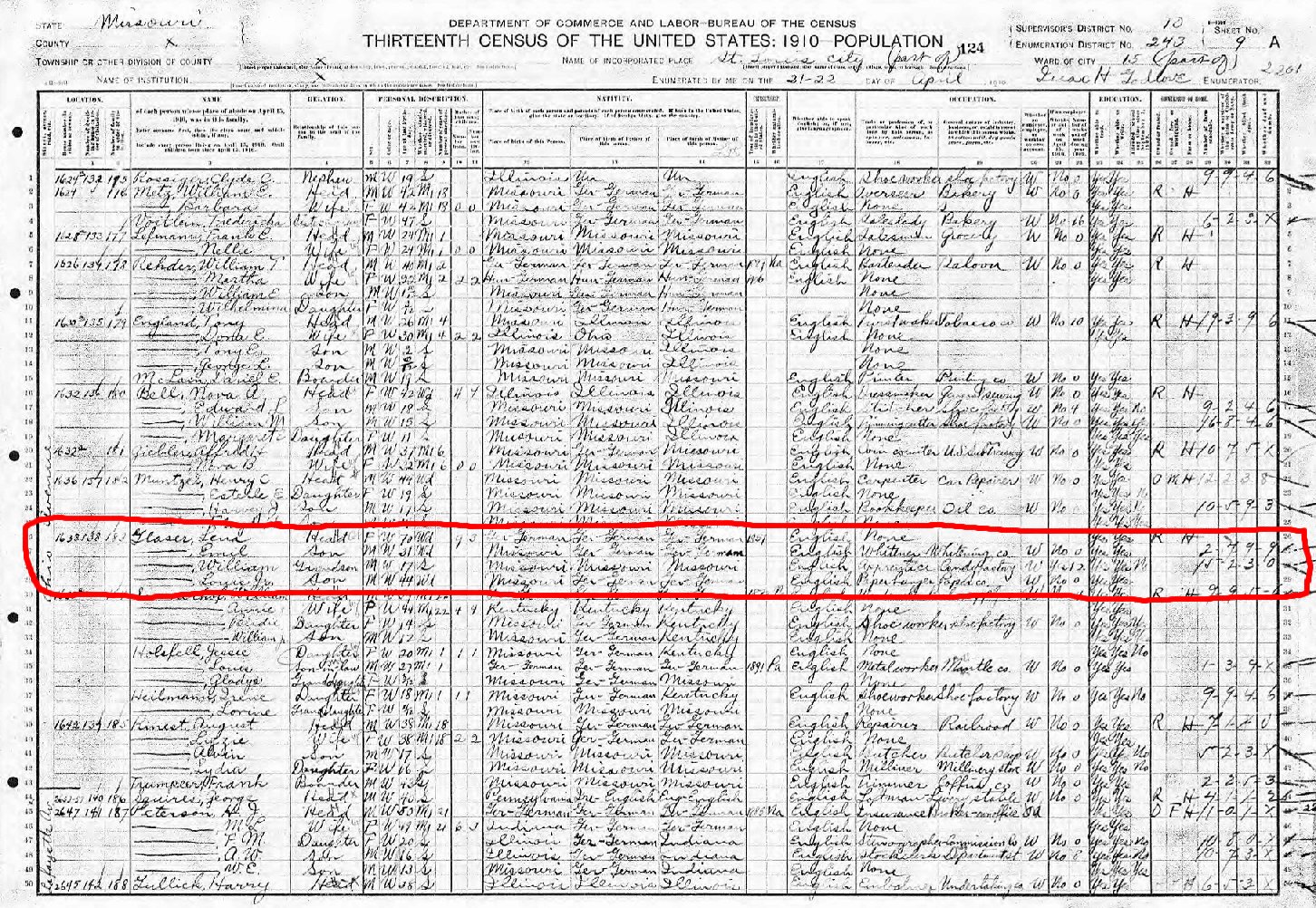 1910 United States census, St. Louis City, Missouri, Ward 15, population schedule, enumeration district 243, sheet no. 9A.
Divorced/separated people often claimed to be widowed. I have seen many women listed as widows when their husbands were still alive, but Emil Glaser was the first man that I found listed as a widower when his wife was still living. Gussie was Catholic; maybe Emil was too. Divorce would be an even greater stigma for a Catholic family. Emil or another member of his household may not have wanted to admit that his marriage had failed. Perhaps his mother provided the information to the census taker and did not want to say that her son was married but not living with his wife.
Posted by Beth at 6:15 PM