Since 2005, Dutch Veterans' Day (Veteranendag) has been observed on the last Saturday in June. The date was chosen in honor of Prince Bernhard, who was born on June 29. Veterans who served the Netherlands in wars or international peacekeeping operations are honored on this day. A parade takes place at The Hague, and the Royal Netherlands Air Force performs a flyby. Local events are also organized in other cities.

Cornelius (Cornelis) was born on 15 August 1873 in Wissenkerke, Noord-Beveland, Zeeland, Netherlands. He immigrated to Canada, and then to the United States. According to his attestation paper for the Canadian Over-Seas Expeditionary Force, he had served in the Dutch army for six years. I searched militieregisters.nl, which contains militia records from seventeen Dutch archives, and I found that a record is available for Cornelis Thomas de Kam. Unfortunately, payment for the image must be made by bank transfer, and with added bank fees, it would be expensive to purchase the document. 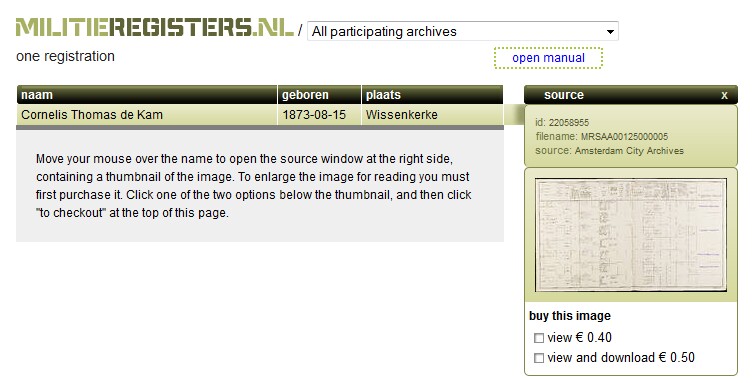 Screen shot from militieregisters.nl, showing that a record is available for Cornelis Thomas de Kam.

Cornelius continued his military service after he immigrated to Canada. He agreed to serve in the Canadian Over-Seas Expeditionary Force on 22 September 1914. 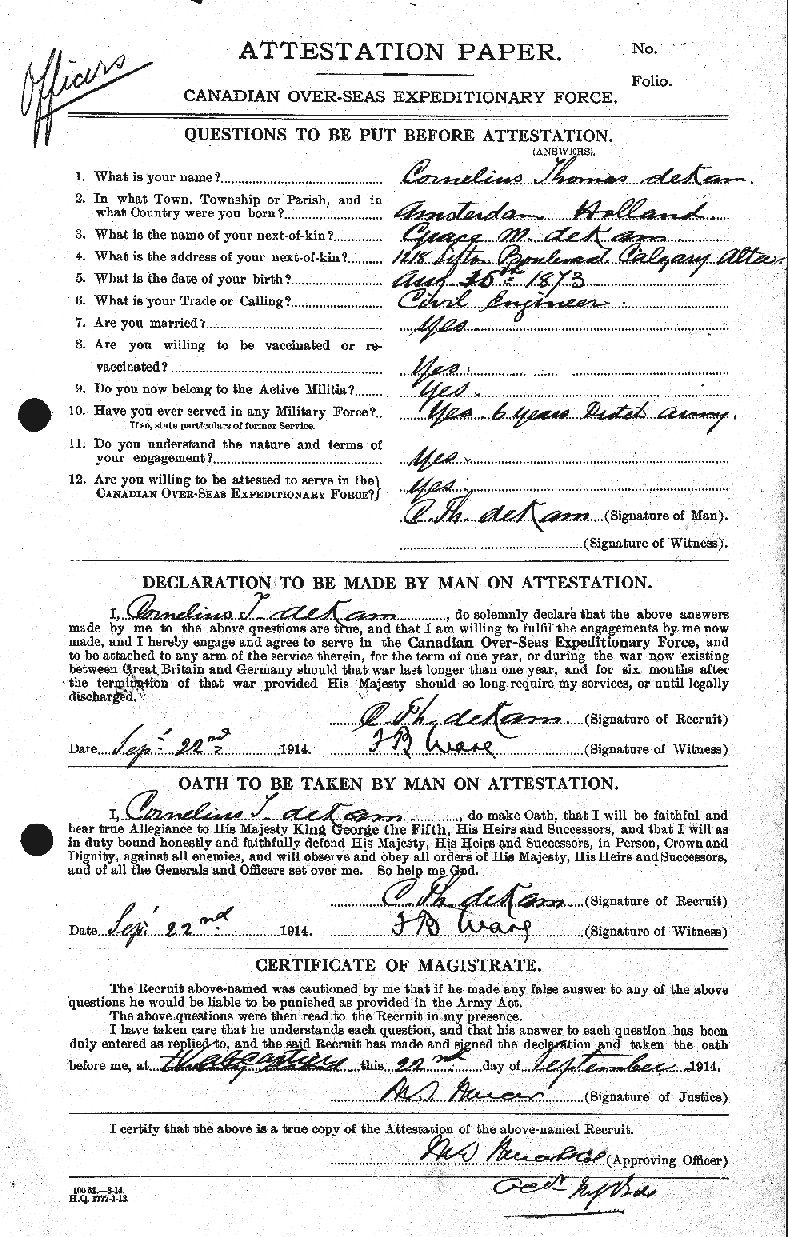 Cornelius was a major in the Calgary Cycle Corps. He was also director of the provincial military school in Alberta, Canada. The infantry school was conducted in one of the city schools, but moved to Camp Sarcee in Calgary, Alberta in 1916.