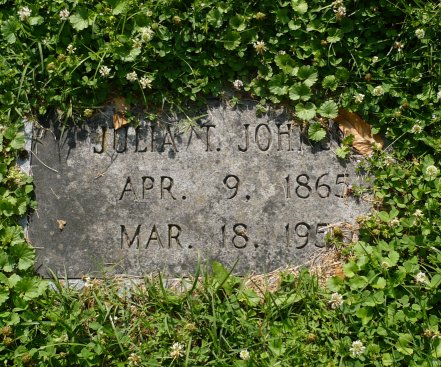 Julia Elizabeth Tarkington was the daughter of my 3rd-great-grandparents Joseph Tarkington and Amanda Russell. She was born in Tennessee on 9 April 1865. She married Fred R. Johnson in New York City on 13 August 1898. They had one stillborn child. By 1900 they had separated and she was living with her parents in Nashville, Tennessee. She worked as a telephone operator. Julia died in Nashville on 18 March 1950 and was buried in Mount Olivet Cemetery in Nashville, section 13 lot 75.
Posted by Beth at 12:21 AM