Church Record Sunday: Bethlehem Lutheran Church, Board of Deacons and Board of Trustees, 1941-1943 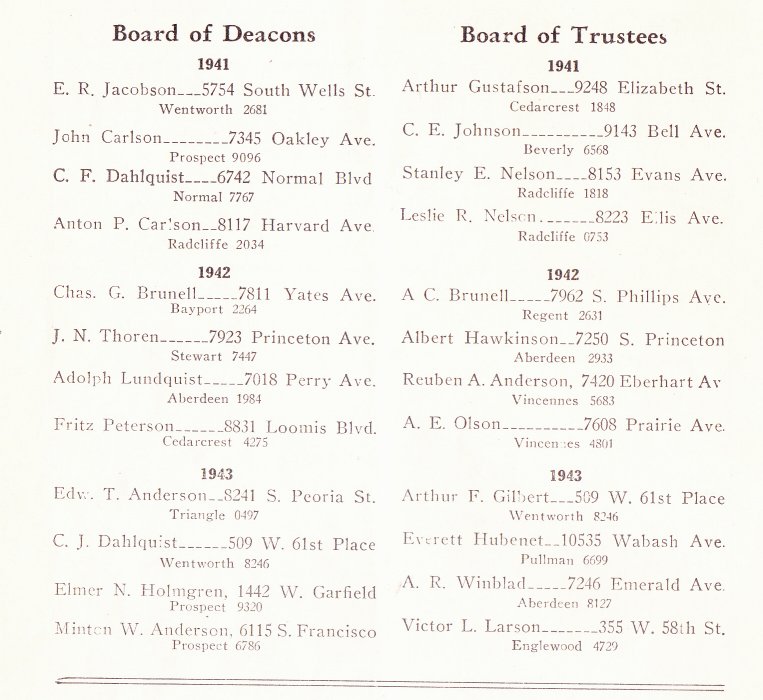 The October 1941 issue of the Bethlehem Star (a publication of the Bethlehem Lutheran Church, 58th and South Wells Streets, Chicago, Illinois) lists the members of the church's Board of Deacons and Board of Trustees for 1941, 1942, and 1943. Many members of my family were on these boards.