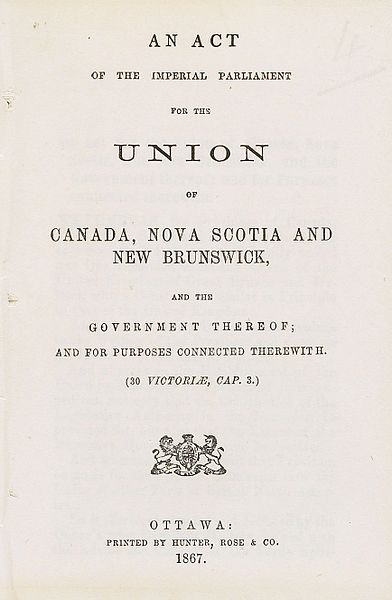 "An Act of the Imperial Parliament for the Union of Canada, Nova Scotia and New Brunswick, and the Government Thereof; and for Purposes Connected Therewith."  [British North America Act, 1867.] Ottawa: Hunter, Rose & Co., 1867.

On 1 July 1867, the Province of Canada, Nova Scotia, and New Brunswick were united when the British North America Act, 1867 (now called the Constitution Act, 1867) was enacted, and Canada became a kingdom. On 15 May 1879, the anniversary of the occasion was established as a holiday and was originally called Dominion Day. On 27 October 1982, the name of the holiday was changed to Canada Day. 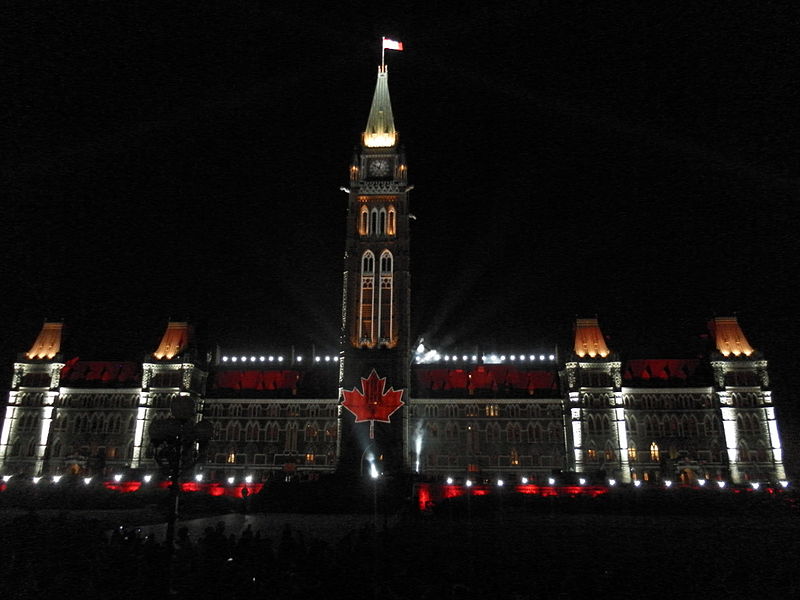