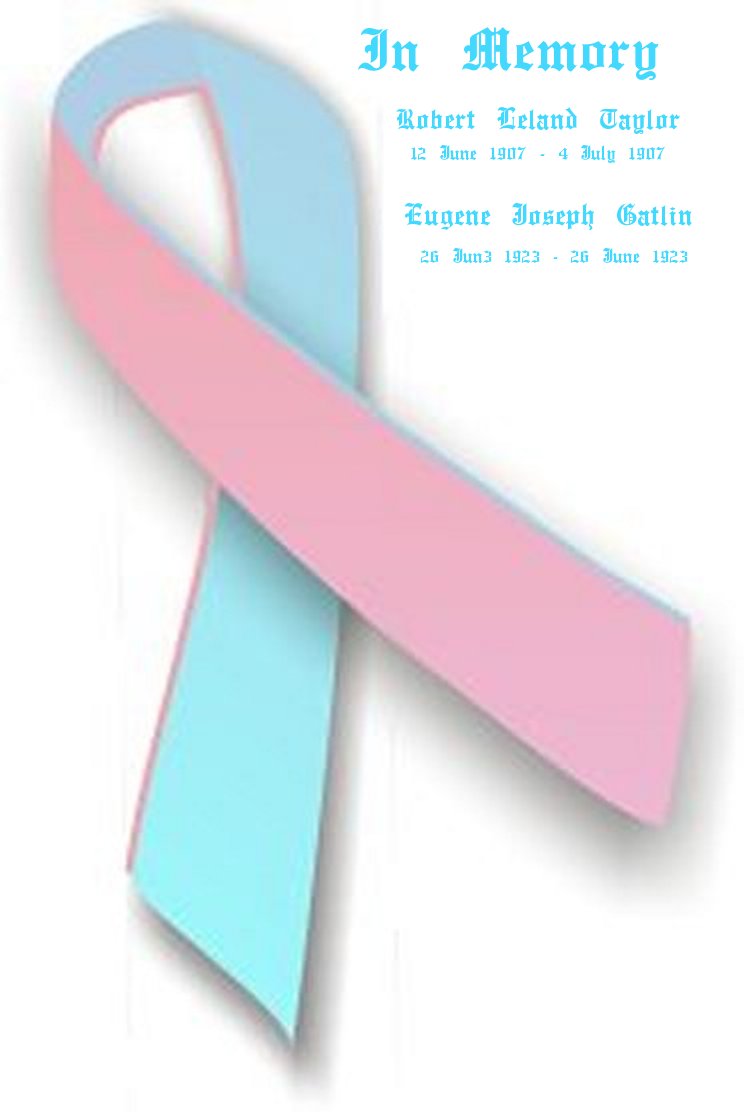 October 15 is Pregnancy and Infant Loss Remembrance Day. It is a day to remember the losses that parents have experienced as a result of miscarriages, ectopic pregnancies, molar pregnancies, stillbirths, and infant death.

People are invited to light a candle on October 15 at 7:00 PM in all time zones and to keep it burning for at least an hour. This will create a wave of light around the world for 24 hours.

Today I am remembering two great-uncles that I never knew. For years I believed that my paternal grandfather Henry Cornelius Gatlin was an only child. After I began researching my family history, I learned about his two brothers.

His mother and my great-grandmother, Anna Gertrude Tarkington, gave birth to a baby boy on 12 June 1907 in Nashville, Tennessee. His name was Robert Leland Taylor, and he was my grandfather's older half-brother. He only lived for a few weeks; he died on 4 July 1907. According to his death certificate, the cause of death was congenital debility and marasmus.

On 26 June 1923, Gertrude and my great-grandfather Henry Brown Gatlin had a stillborn son, Eugene Joseph Gatlin. The stillbirth was caused by placenta previa. My grandfather was thirteen years old at the time, so he also experienced the loss of his brother.