As Napoleon conquered areas of Europe, the gendarmerie spread. It was introduced in the Rhineland region of Germany in 1798. By 1809, there were 15,500 men in the gendarmerie; 527 of them were in the Rhineland. The 25th gendarmerie legion consisted of four departments in the Rhineland, which were located in Köln (Cologne), Koblenz, Mainz, and Trier. The departments were patrolled by two squadrons. The gendarmes searched for draft dodgers and deserters. Mayors, prefects, and sub-prefects could call on them if they anticipated disorder in their communities. Approximately one quarter of the men were local; the others were French, but were supposed to know German.

On 20 December 1808, the French troops left the Rhineland. However, the gendarmerie continued. The remaining gendarmes served the Grand Duchy of Hesse-Darmstadt.

My 4th-great-grandfather Nikolaus Schneider was a gendarme. He was born about 1777 in Düngenheim, Cochem-Zell, Rheinland-Pfalz (Rhineland-Palatinate), Germany. When he married in 1818, he was a gendarme stationed in Koblenz. 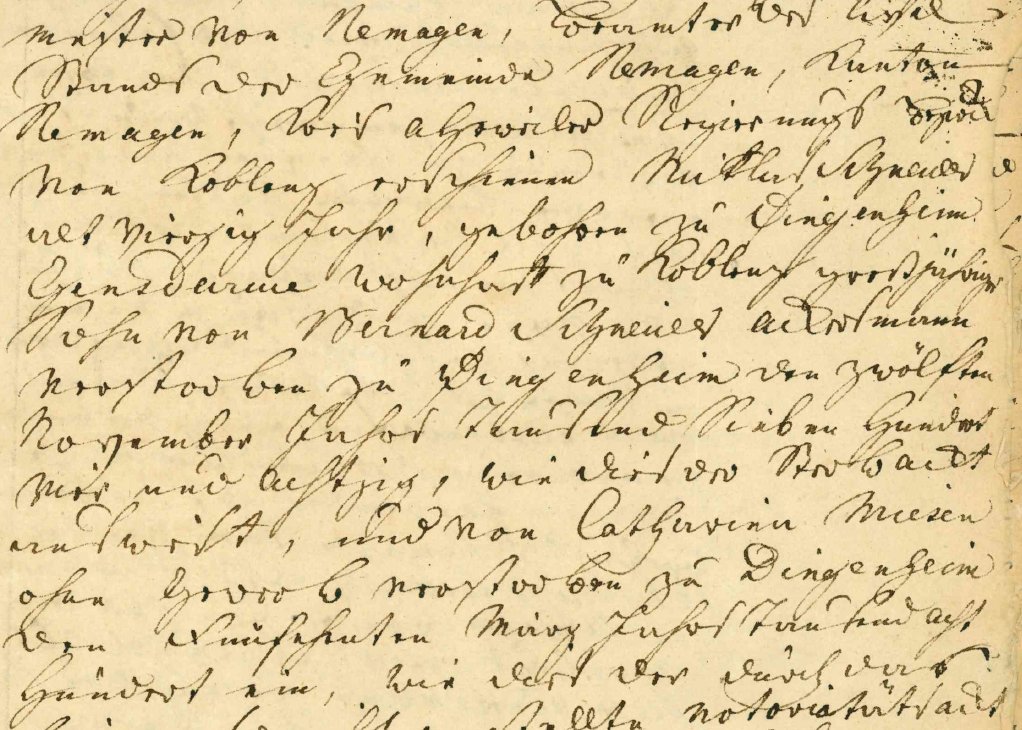