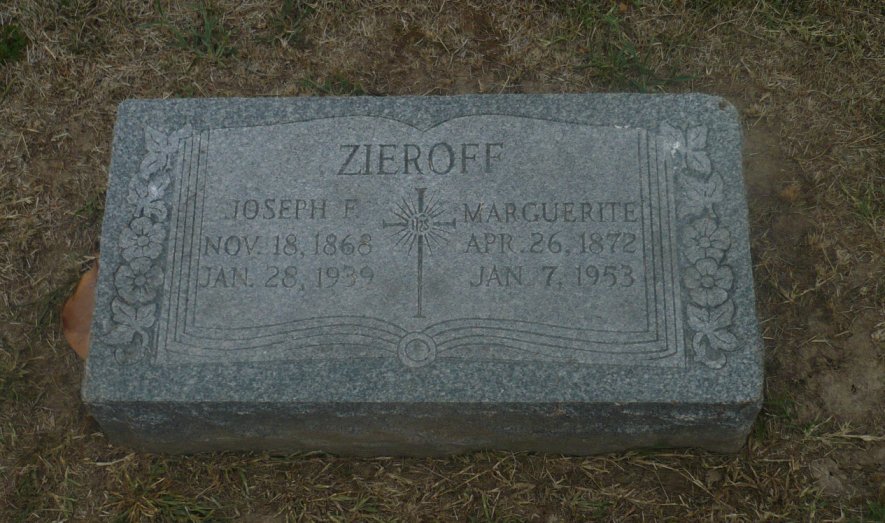 Joseph Fredric Zieroff and Marguerite Hartung were the parents of Olivia G. Zieroff, the wife of John Henry Gersbacher (the son of my great-grandmother's brother Joseph John Gersbacher).

Marguerite was born on 26 April 1872 in St. Louis. She was the daughter of August Hartung and Catherine Almering. She died in St. Louis on 7 January 1953.

Joseph and Marguerite (Hartung) Zieroff are buried in Sts. Peter and Paul Catholic Cemetery in St. Louis.
Posted by Beth at 10:10 PM