My 2nd-great-grandmother Marie Louise Borg has been pretty easy to research. Her name and correct dates of birth are listed in my father's baby book. My father remembered her, and told me that he knew her as "Denny." A family photograph of the Borg family is clearly labeled on the back; it lists the names of everyone in the picture, and includes the married names of the Borg daughters. I have located her in every census except 1870.

Marie (also known as Mary) Louise Borg was born on 13 January 1864 in Porter County, Indiana. She was the daughter of John (Johannes) Borg and Johanna Carolina Samuelson, who had emigrated from Västra Harg,Östergötland, Sweden in the 1850s. She grew up as part of a large family (she was the third of eleven children). I have several family photos of the house that the Borg family lived in, which was located in the Swedish community of Baillytown.

In 1880, Marie was keeping house for her uncle Samuel August Samuelson in Westchester Township, Porter County. His wife had died, and he had five young children to take care of. His 70-year-old mother-in-law lived with the family as well. On 20 December 1885, Marie married Charles John Dahlquist, a Swedish immigrant from Kinneved, Västra Götaland, Sweden. He lived in Chicago, Illinois and worked  as a shoe dealer. They married at the Swedish Lutheran Church in Baillytown, Porter County, Indiana. Reverend A. Challman solemnized the marriage. I was fortunate to find their marriage announcement from the Chesterton Tribune transcribed on the Porter County, Indiana message board. I later located the original record.

In 1900, the family lived at 6031 State Street, Chicago, Illinois. By 1910, they had moved to 6311 Eggleston Avenue in Chicago. Marie and Charles became grandparents on 27 September 1911, when my paternal grandmother Helen Martha Marie Anderson was born. Helen's two middle names were the names of her grandmothers.

On 30 July 1919, Marie lost her son Martin Luther after his appendix ruptured. His only child and her sixth grandchild had been born nine days earlier.

By 1930, Marie and Charles were living on 509 W. 61st Place, in Chicago, in the home of their daughter Juliet and her husband Fritz Arthur Gilbert. They were still living there in 1940.

Marie had surgery in 1949, and it was discovered that she had pancreatic cancer. She died of uremia at the Augustana Home for Aged in Chicago, Illinois. She was buried in Oak Hill Cemetery, which had been established for Swedish families in Chicago. 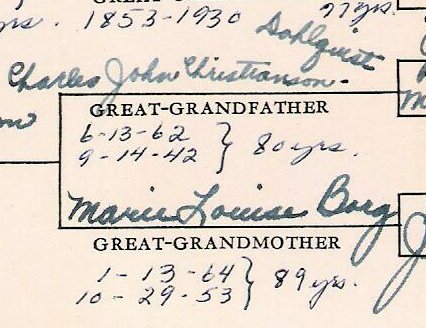 From my father's baby book 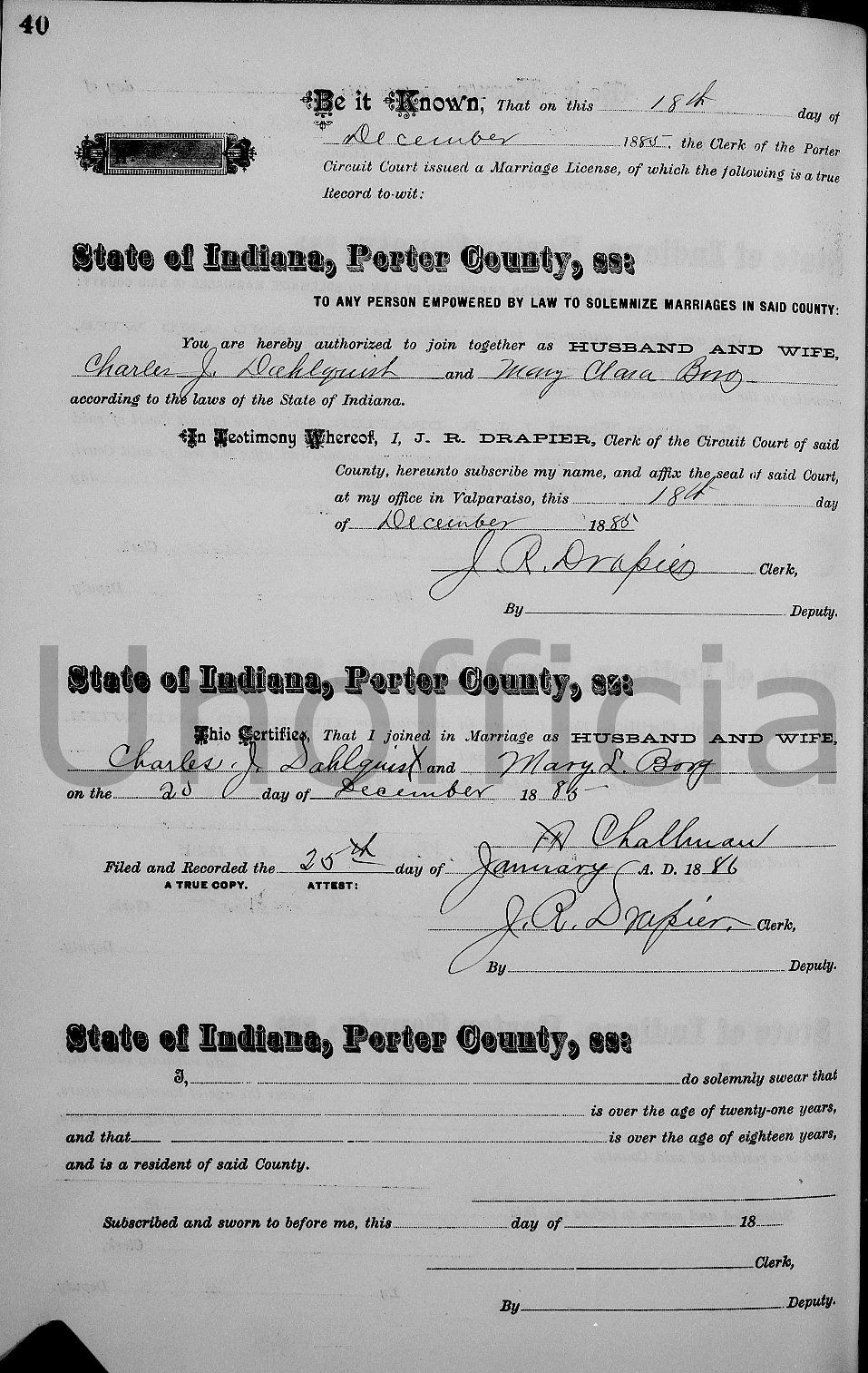 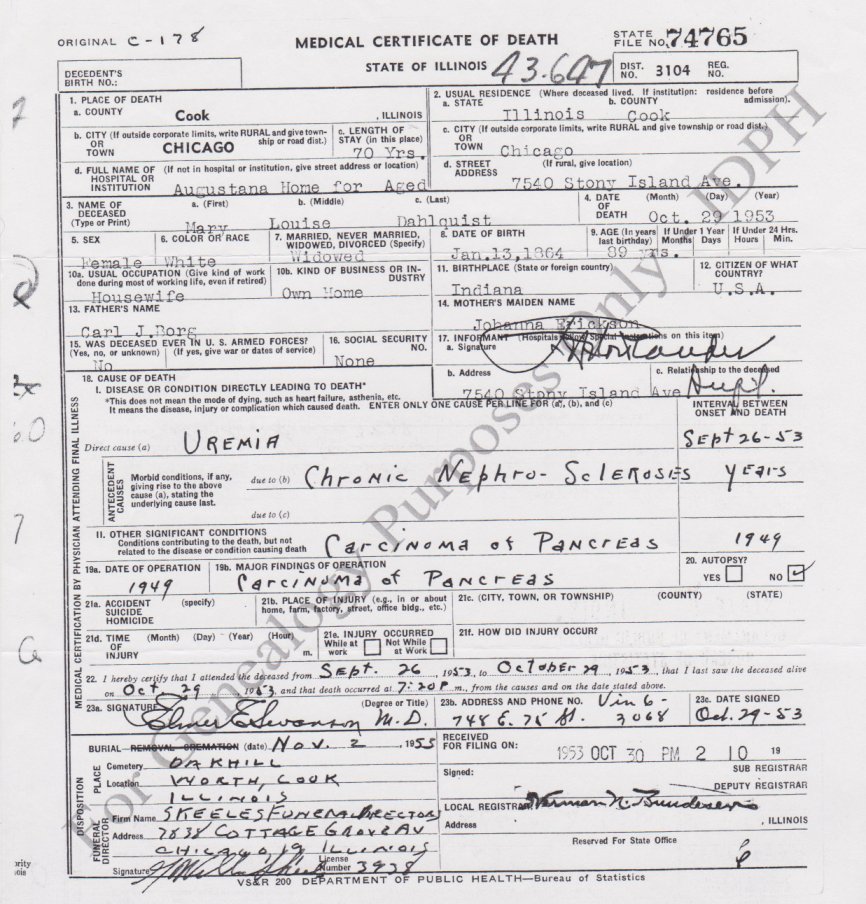 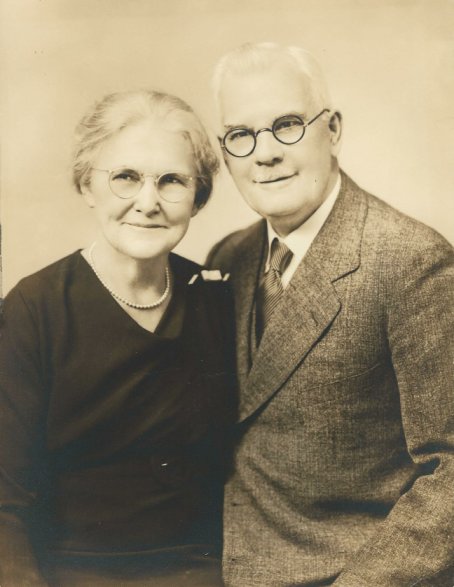 Marie and Charles Dahlquist
Posted by Beth at 11:56 PM