On 22 October 1934, bank robber Charles Arthur "Pretty Boy" Floyd was shot and killed. Four FBI agents led by Melvin Purvis and four East Liverpool, Ohio police officers led by Chief of Police Hugh McDermott pursued him, and he was shot in a cornfield behind a house on Sprucevale Road, near Clarkson, Ohio.

Pretty Boy Floyd committed more than thirty bank robberies in the Midwest, mostly in Ohio and Oklahoma. When he robbed the banks, he would also destroy mortgage documents. On 9 April 1932, he shot and killed Erv Kelley, a bounty hunter and former sheriff of McIntosh County, Oklahoma. He and Adam Richetti were suspects in the Kansas City Massacre, a shootout which resulted in the death of four police officers and a prisoner. However, it is possible that he was not actually involved. He was named "Public Enemy No. 1" on 23 July 1934.

Charles Arthur Floyd married Ruby Hardgraves in 1924. The couple had a son, Charles Dempsey Floyd (also known as Jack Dempsey Floyd). Ruby and I are both descendants of Francis Hardgrave and Sarah Greer. We are fifth cousins twice removed. 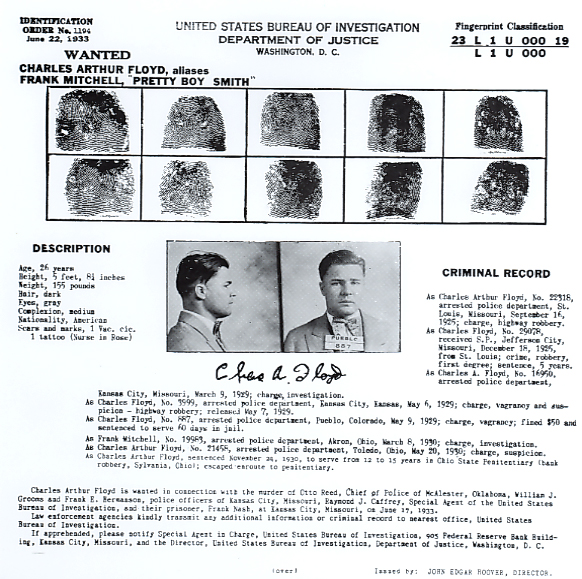 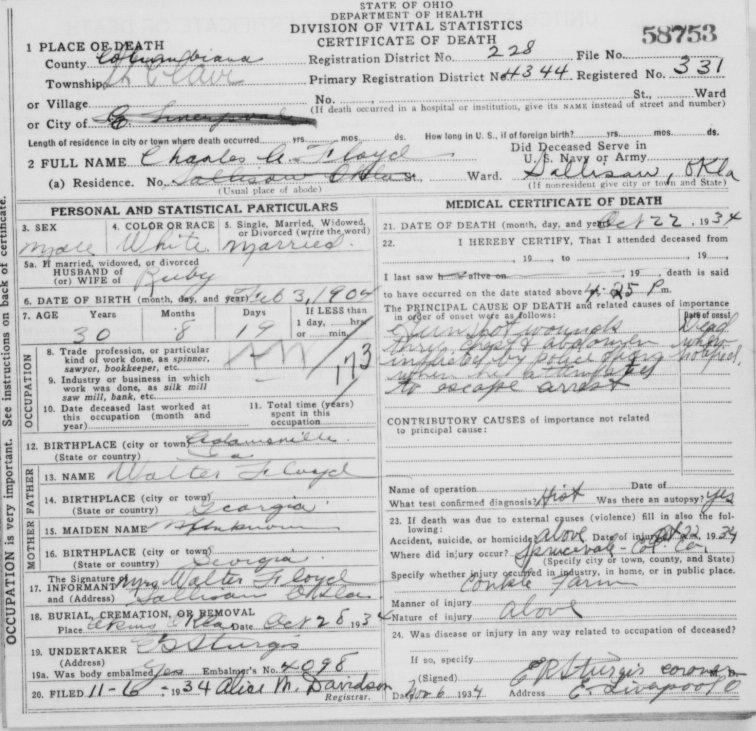 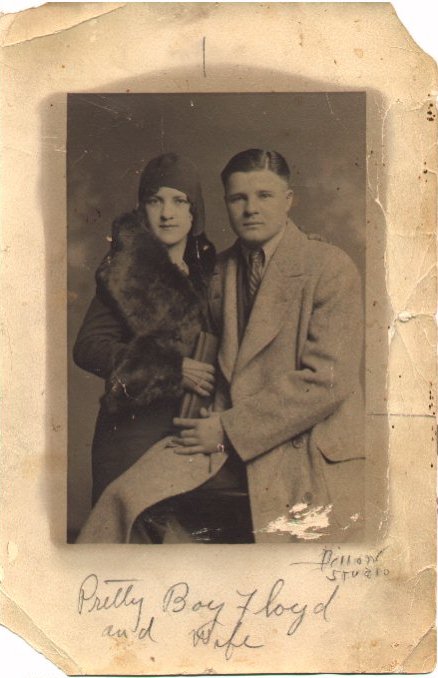