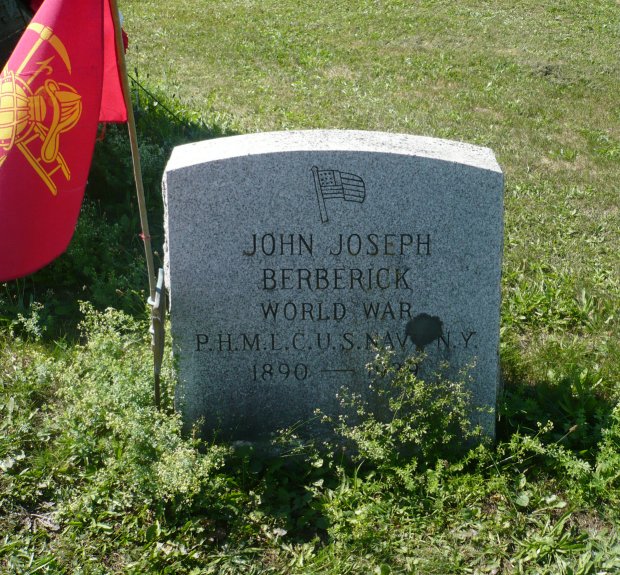 John Joseph Berberick was born in New York on 18 November 1890. He enlisted in the United States Navy in 1908, and served for twenty years. He was a Pharmacist's Mate, and saw action in World War I. He married my great-grandmother's sister Margaret Tarkington. They lived in Buffalo, New York at first, and then moved to Cedarville, Herkimer County, New York after he retired from the Navy. He was fire chief of the Litchfield-Columbia Fire District. Margaret died in 1929, and in 1936 he married her daughter Louise Margaret (Gray) Plaumann. He died on 2 October 1939 in Cedarville and was buried in Cedarville Cemetery.
Posted by Beth at 12:51 AM