World Vegetarian Day is observed on October 1. It was established by the North American Vegetarian Society in 1977 "to promote the joy, compassion and life-enhancing possibilities of vegetarianism" (http://www.navs-online.org/about/index.php). It was endorsed by the International Vegetarian Union in 1978.

I have been a vegetarian since July 1, 2001. I decided that I didn't want to eat animals any more. Although I am not vegan, the majority of the food that I eat is vegan. If there is such a thing as "semi-vegan", that is the most accurate description of my diet.

Chicago, Illinois was a major center for the vegetarian movement in the United States. The Chicago Vegetarian Society was founded in 1889. The Vegetarian Federal Union had an exhibit at the World's Fair: Columbian Exposition in Chicago in 1893. The 3rd International Vegetarian Congress was held in Chicago at 1893. The Pure Food Lunch Room, located at 176 E. Madison Street, opened in 1900 and was the first vegetarian restaurant in Chicago. Some of my ancestors were living in Chicago at the time that these events took place.

Vegetarian personal ads were placed as early as the 1850s. Some personal ads which were placed in The Water-Cure Journal in 1855 are reproduced on Slate's history blog The Vault. It would be interesting to find an ad that was placed by an ancestor! 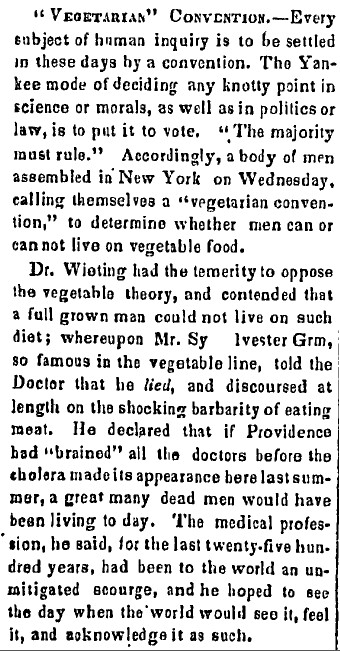 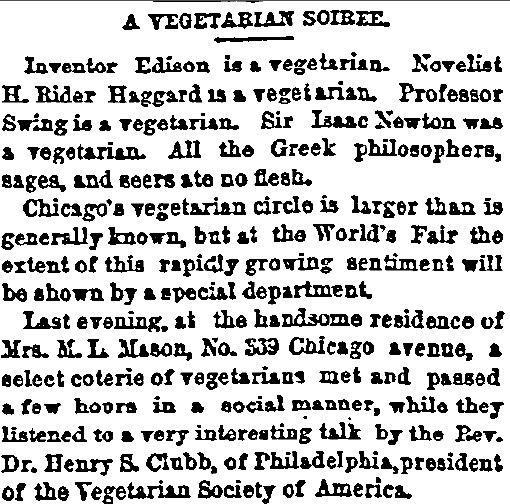 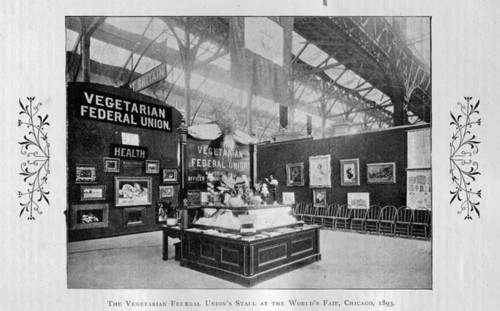 "Attendance At The Fair: Comparisons With The Centennial Ex-Position: More People At The Chicago Exhibition." New York Tribune, 16 May 1893, page 7. 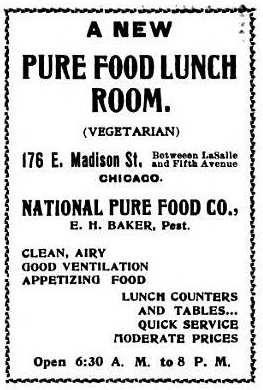 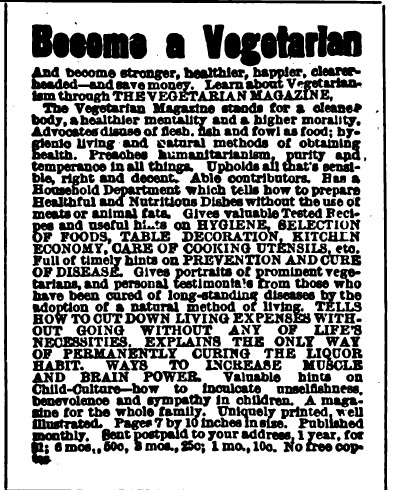 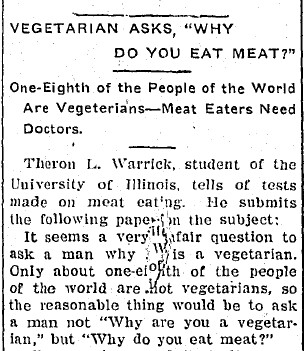 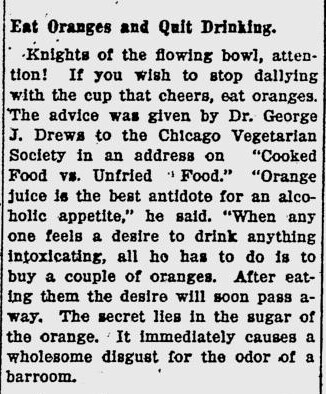 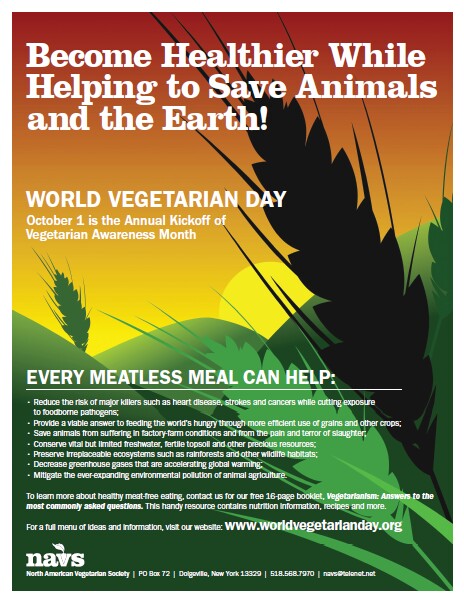