Since October is Domestic Violence Awareness Month, it is a good time to write about my 3rd-great-grandmother Mary Nevins. Mary was born in Ireland, about 1835-1837. She was in the United States by January 1855; she and William Dow Gatlin obtained a marriage license in Davidson County, Tennessee on 2 January 1855, and were married by Rev. C. C. Mayhew on 3 January 1855. 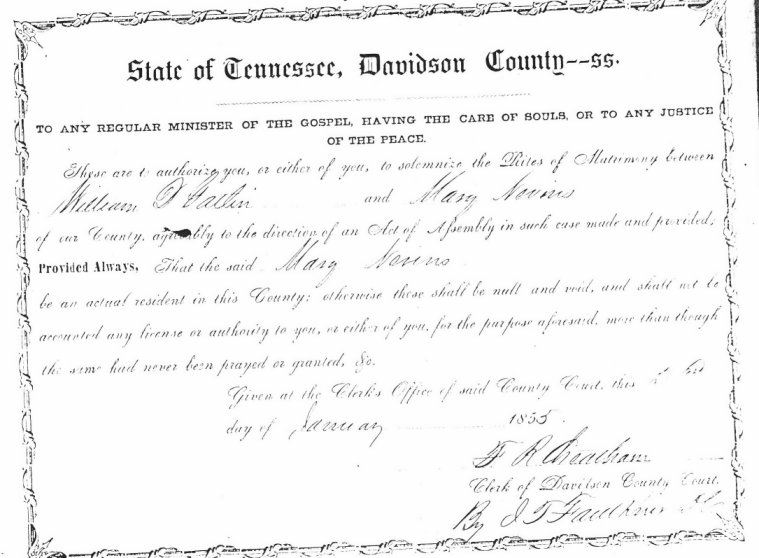 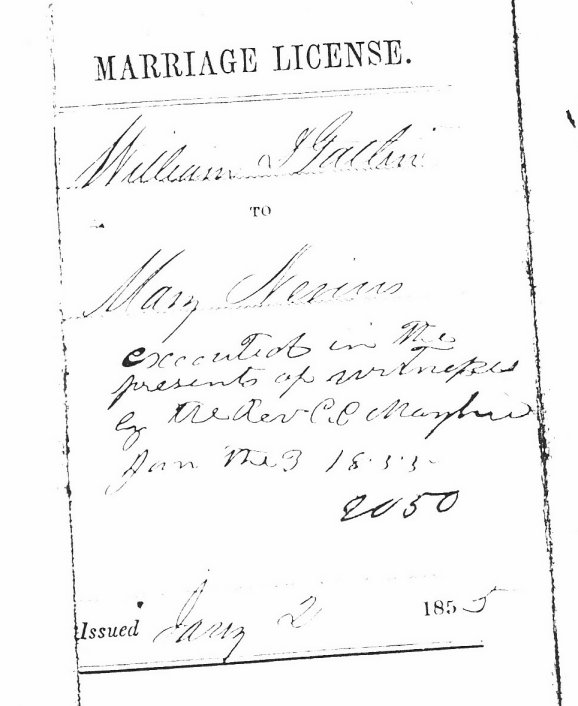 William and Mary's first child, their daughter Mary Florence Gatlin, was born about 1857. Their next child, my great-great-grandfather John William Morton Gatlin, was born on 23 October 1859 in Nashville, Tennessee. (He is listed as John W M Gatlin in the 1860 United States census; subsequent records list him as William M. Gatlin, William Morton Gatlin, or William Gatlin.) Another son, Clarence Bateman Gatlin, was born in Nashville on 23 December 1862. Their daughter Ida Lee Gatlin was born about 1864. Their son Lee Gatlin was born in December 1867, but died on 7 October 1868. Two more daughters were born: Lillie May Gatlin on 10 November 1868, and Mattie Gertrude Gatlin in February 1870.

In 1874, Mary's husband William was tried for murder. Samuel Haslam had been a boarder in the family's home. It is likely that he and Mary were having an affair. At the very least, he was a good friend to her at a time when she needed one. An article from the Nashville Union and American, 15 September 1874, indicates that Mary was abused by her husband and that Samuel Haslam was going to go with Mary to file for divorce. 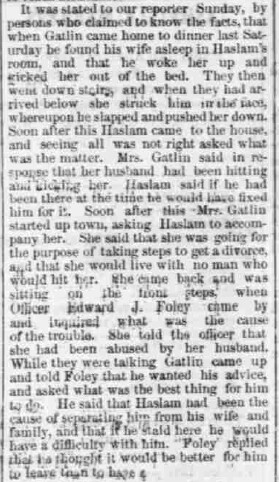 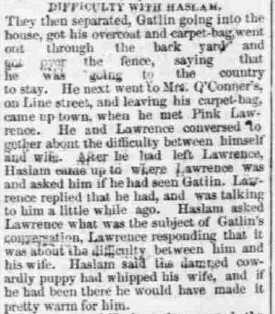 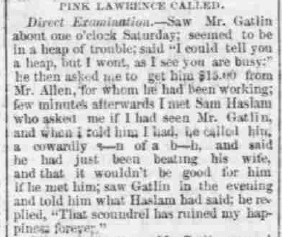 Mary had been hit and kicked by her husband. The next morning, William and Mary's son Clarence found Samuel Haslam lying in a pool of blood. He had been struck with an ax. Clarence ran to get his mother. Mary found her friend and probable lover bleeding to death. She tried to get him to tell her what had happened, but he could not speak, and he died shortly afterward.

William was acquitted due to insufficient evidence, but I believe that he was guilty. He had means, motive, and opportunity.

Mary remained married to her husband for the rest of her life. She was listed as head of household in the 1877 and 1878 Nashville city directories; in 1878, she was listed as widowed. I do not know where William was for those two years. Knowing what he was capable of, I would not be surprised if he was in prison for another crime.

By 1879, William was once again listed in the Nashville city directory, and the entire family was enumerated together in the 1880 United States census. Mary was probably too afraid to try to leave her husband again, knowing that he had committed murder and had gotten away with it. She may have feared that she would end up like Samuel.

Mary suffered another loss in May 1881, when her daughter Florence died in the 24th year of her age. On 9 September 1888, Mary died of dysentery. Only in death could she escape her husband. She was buried in Mount Olivet Cemetery in Nashville. When her husband died, he was buried beside her. Their graves are unmarked. 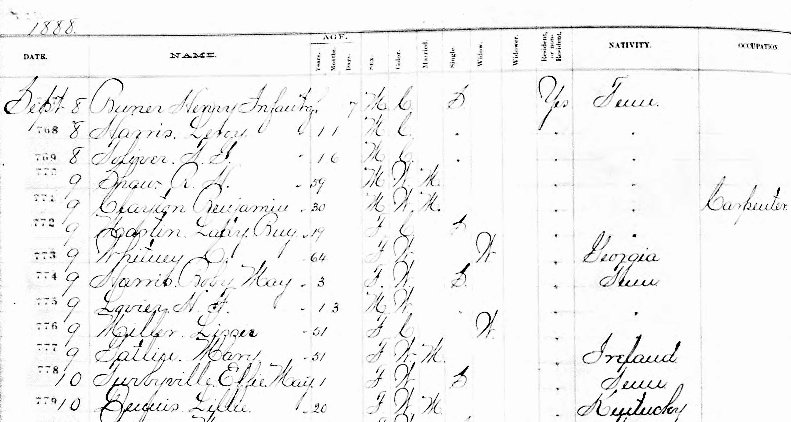