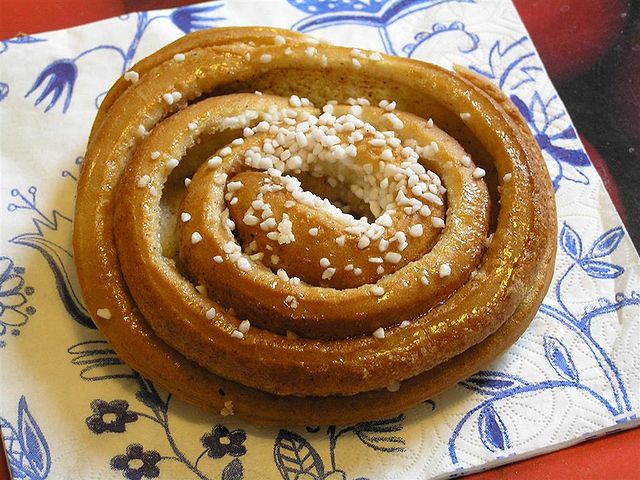 October 4 is Cinnamon Bun Day (Kanelbullens Dag) in Sweden. The day was established in 1999 by  the Hembakningsrådet (Home Baking Council), to celebrate its fortieth anniversary. The day draws attention to the Swedish tradition of baking buns, especially cinnamon buns. The Hembakningsrådet maintains a Web site for Kanelbullens Dag, and has a cinnamon bun design competition.

Swedish cinnamon buns are baked individually in paper muffin liners. They are topped with sugar, and contain cardamom.

Bakeries, stores, and cafés all over Sweden have cinnamon buns for sale on October 4.

Email ThisBlogThis!Share to TwitterShare to FacebookShare to Pinterest
Labels: Sweden