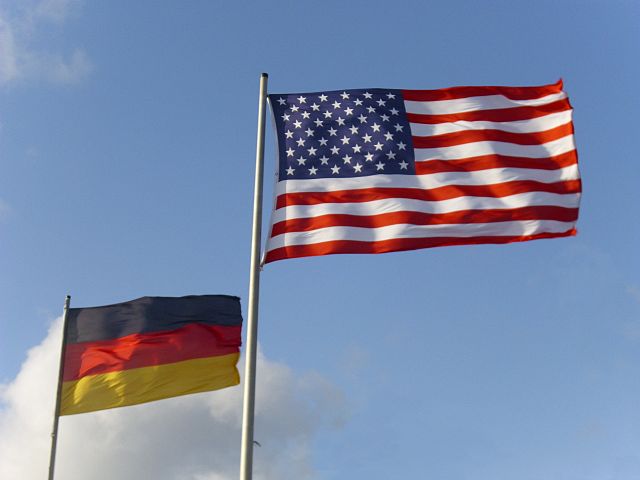 Flags of the United States of America and the Federal Republic of Germany. Photo by Tvabutzku1234 (Own work) [CC0]. Available from Wikimedia Commons. 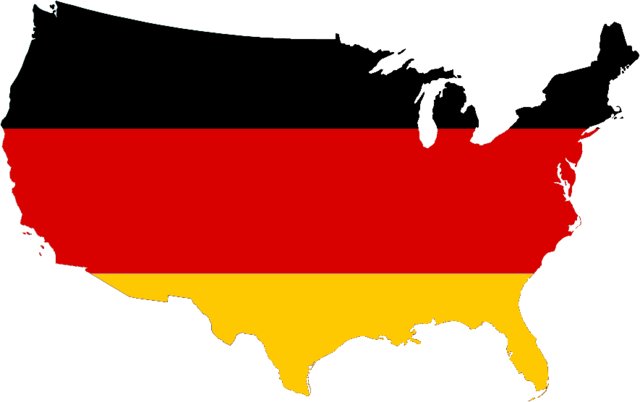 Map of the United States with the flag of Germany. By Porsche997SBS (wp: Porsche997SBS) (NA) [Public domain]. Available from Wikimedia Commons.

October 6 is German-American Day. The holiday honors the contributions of German immigrants to the United States. On 6 October 1683, thirteen German families from Krefeld arrived in Philadelphia. These families established the first German settlement at Germantown, Pennsylvania. German settlers had first arrived at Jamestown, Virginia on the ship Mary and Margaret around 1 October 1608.

German-American Day was celebrated in the 19th century, but died out during World War I because of anti-German sentiment. In 1983, President Ronald Reagan proclaimed 1983 as the Tricentennial Anniversary Year of German Settlement in America. Public Law 100-104, approved on 18 August 1987, designated October 6 as German-American Day. On 2 October 1987, President Ronald Reagan issued Proclamation 5719 at a ceremony in the White House Rose Garden.

In The German-American Experience, Don Heinrich Tolzmann includes a six-page appendix which lists prominent German-Americans, including the following people:

Email ThisBlogThis!Share to TwitterShare to FacebookShare to Pinterest
Labels: Germany