On 19 October 1781, General Charles Cornwallis surrendered at Yorktown, and the American Revolution ended.

On 19 August 1781, the Continental Army, led by Generals George Washington and Jean-Baptiste Donatien de Vimeur, Comte de Rochambeau, began their march from Newport, Rhode Island to Yorktown, Virginia. The Siege of Yorktown began on 28 September 1781, when General George Washington led the army from Williamsburg, Virginia and surrounded Yorktown. The French troops were on the left, and the American troops were on the right. They began digging a trench, and when they finished it on October 9 and had moved their artillery up, they began firing at the British. On October 14, they captured the last two British-held redoubts. On October 17, Cornwallis sent a drummer and an officer with a white handkerchief. Firing ceased, and the officer was blindfolded and taken. On October 18, two officers from each side met at the Moore House to discuss surrender terms. On October 19, the Articles of Capitulation were signed. Cornwallis' army marched between lines of allied soldiers (French on the left, Americans on the right) and laid down their arms. General Cornwallis was not present; he sent Brigadier General Charles O'Hara to present the sword of surrender. 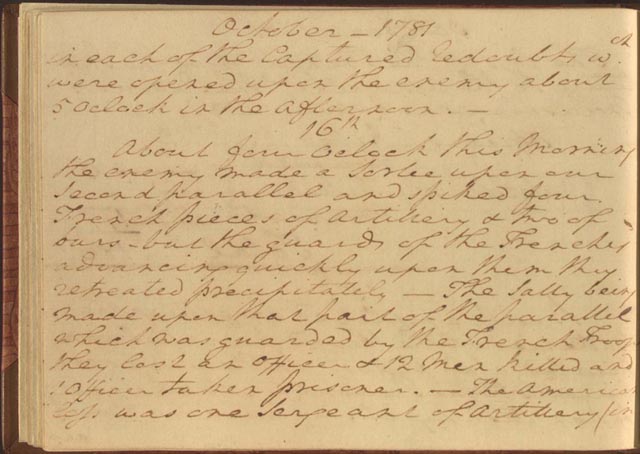 Washington records the British surrender at Yorktown. Available from American Treasures of the Library of Congress. 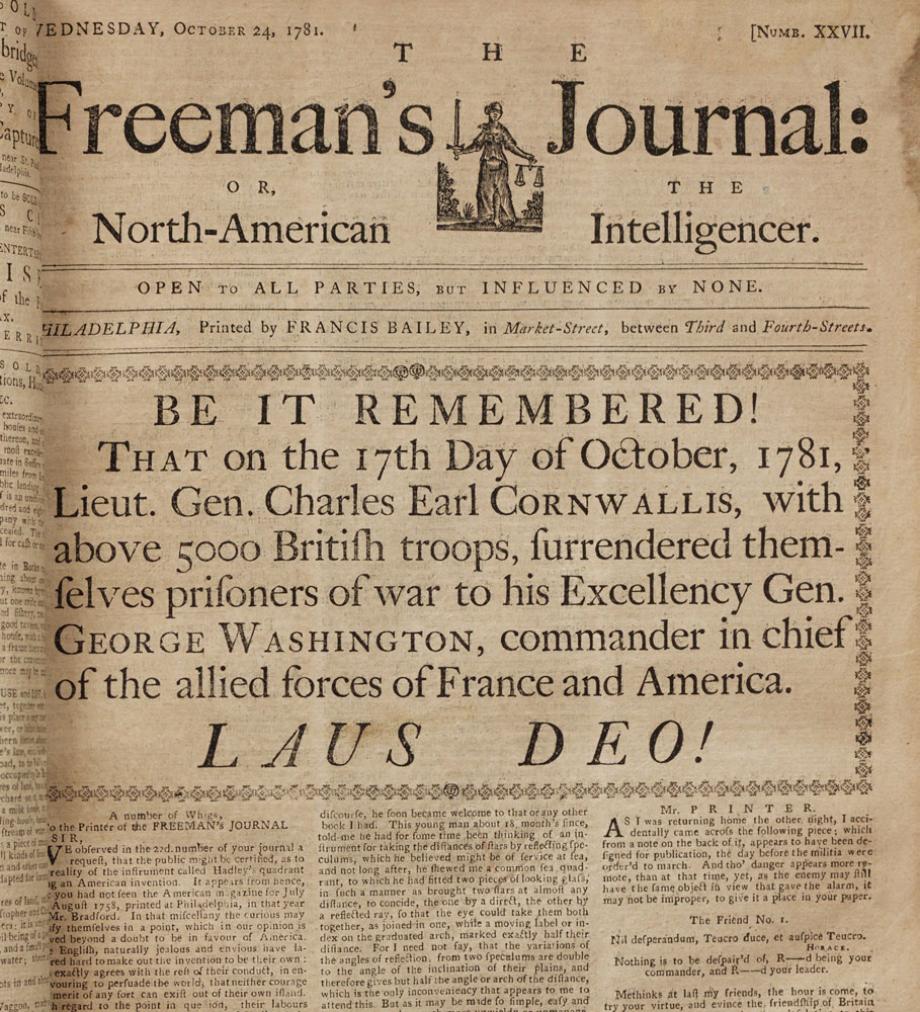 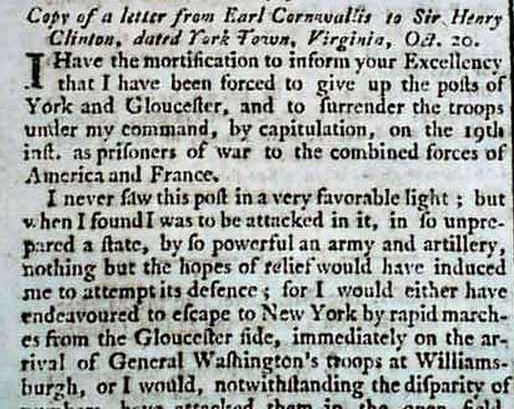 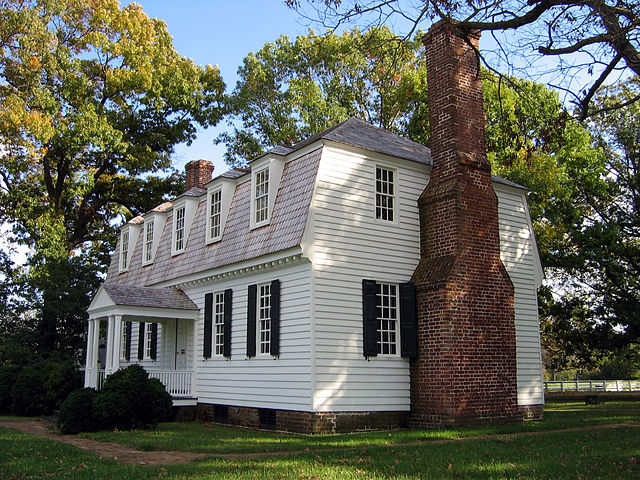 Moore House in Yorktown, Virginia, where the British surrendered at the end of the American Revolutionary War. Photo by Aude, CC-BY-2.5 (http://creativecommons.org/licenses/by-sa/2.5/). Available from Wikimedia Commons.